I just completed a short road trip to Southern California with Carmen, a friend of Sibylle’s, now a friend of mine, visiting from Switzerland.

We left early to avoid the morning commute in the Bay Area, zipped down I-5 and reached Los Angeles around noon. We’d heard that The Broad, a new contemporary art museum, was sold out, but we went directly there just to see the building and were pleasantly surprised to find a line for people without reservations. Our wait was short (thankfully, since it was hot outside, in the 90’s) and the entry free, which reduced the sting of the $20 parking fee. We downloaded The Broad app, bought a pair of headphones (we have many, but none with us), and headed up a long portal (escalator) to the top floor of the museum, which contains most of the exhibits. I popped back and forth between a couple of the self-guided tours listening to lots of interesting commentary as we strolled about the spacious, brightly lit galleries. It was a pleasant afternoon.

Afterwards, we walked across the street and I took a few pictures of the Disney Concert Hall, a fascinating building designed by Frank Gehry. It opened in 2003, which shows you how longs it’s been since I’ve been to L.A.. No performances fit our schedule, so I won’t be seeing the inside.

What fun! We got in at opening and left just as the fireworks were starting. I hadn’t been in at least 15 years, but overall little has changed, including the lines. The addition of FastPass allowed us to pre-schedule the most popular rides, e.g. Splash Mountain in the middle of a hot afternoon. Taking advice from friends who visited the park recently, we grabbed a ticket for Star Tours then headed directly to Space Mountain, starting off with two of our favorites, which we repeated later in the day (discovering that there is more than one star tour). According to the Health app on my phone, we walked about 28,000 steps. My feet were definitely ready for a break when we finally sat down on the curb to wait for the night parade. Gratefully Carmen drove us back up to LA in the dark. (Ideally, I would stay in Anaheim the night before and after Disneyland, but that didn’t fit well with our other plans).

After two early mornings, it felt good to sleep in at our Airbnb in Hollywood. With the AC on and shades drawn, I slept for a rare ten hours and woke feeling totally refreshed. We walked up to a café for breakfast and then took a Lyft ride to the Getty Center, letting someone else deal with the crazy traffic the L.A. is rightfully known for. Another free museum with expensive parking, a great way to encourage carpooling. This amazing white complex up on a hill is worth visiting for the architecture alone, especially as the haze cleared and we were able to glimpse the city and the ocean in the distance. Here they provide iPods and headphones and we could enter the number of selected pieces to hear about them. One of the most fascinating was Christ’s Entry into Brussels in 1889 by James Ensor.

Afterwards, we took a taxi to Santa Monica. The weather was perfect as we explored the pier and strolled barefoot along the beach. It was late afternoon by the time we made it to the other side of town for an early dinner at Marix, a Mexican restaurant that served yummy mojitos. The Lyft ride back, now in the middle of the evening commute, took so long that I had the driver stop at a fast food joint so I could use the restroom on our way.

I puttered on my laptop while Carmen slept in, then we packed the car and headed to brunch on nearby Sunset Blvd. It was close to noon by the time we got to the Los Angeles County Museum of Art. We say only a fraction of the exhibits spread across several buildings. I particularly liked Breathing Light by Ganzfeld. This light-filled room with slowly changing colors felt infinite.

It was mid-afternoon when we departed and it took 3.5 hours to get to La Jolla, a distance that would take about half that if it weren’t for the incessant traffic. The tasty veggie chili I ate earlier wrecked havoc on my digestive system, so after a couple urgent bathroom stops I purchased medicine to put a stop to that. When we got to our destination, Carmen and I walked down to an Italian restaurant where I watched her eat dinner.

Carmen and I spend a leisurely three days staying with my friend Dede, whom I met almost a quarter century ago at a parent gathering when her son and my youngest were in preschool. We bonded over monthly hikes. When she first moved to back to La Jolla, where she was raised, I visited annually. Back then, I’d arrive at the airport 15 minutes before my $49 round-trip flight with skewers of chicken in my carry-on luggage ready for a barbeque at the beach. That all changed with the shoe bomber. Between our travel schedules, it’s been a half dozen years or so since my last visit. Hopefully the next one will be much sooner.

We got some much-needed rain on our first two days, but there were breaks so I was able to stroll barefoot along the breach every morning, camera in hand, my favorite La Jolla activity. We also did a bit of shopping, treated ourselves to a massage and pedicure, and hung out at the house. In other words, we did very little and it felt wonderful. Dede and a friend joined us for dinner on the terrace one day, where we watched a nice sunset. On our last night we drive into San Diego and saw In Your Arms, a very enjoyable theatrical dance performance.

To avoid traffic, we left after the theater and drove to Santa Clarita, north of Los Angeles, reaching our hotel around midnight.

The five and a half hour drive home was uneventful: cruise control on I-5, shifting lanes to past trucks, and smooth flowing traffic on the Bay Bridge. It’s good to be back and out of the car. 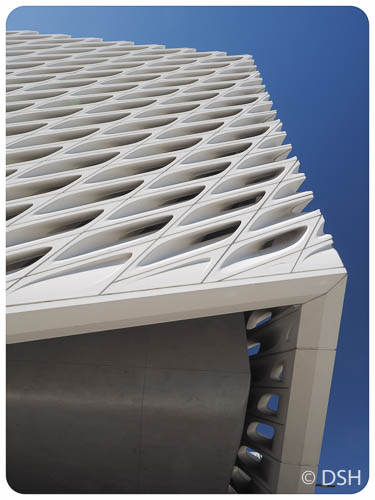 Heading up to the main galleries. 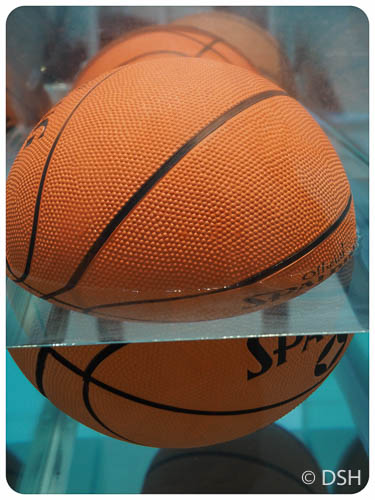 Another Jeff Koons, in honor of Alex’s basketball days 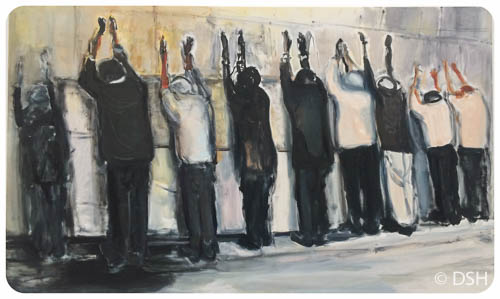 In line for Space Mountain 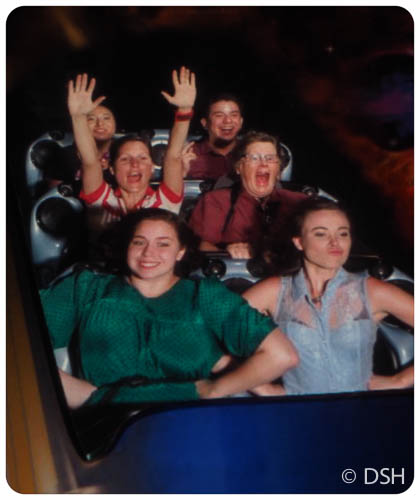 Oh no, it’s dark in here and I can’t see where we’re going! 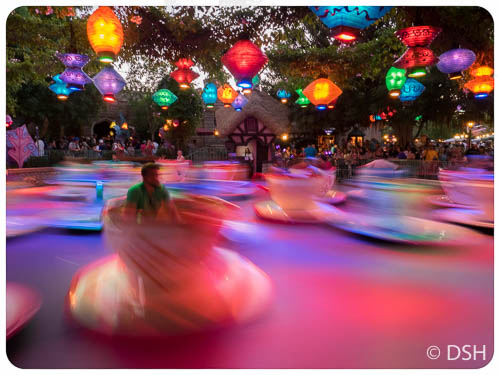 The Teacups (a.k.a. Alice in Wonderland)

Almost as real as Bryce 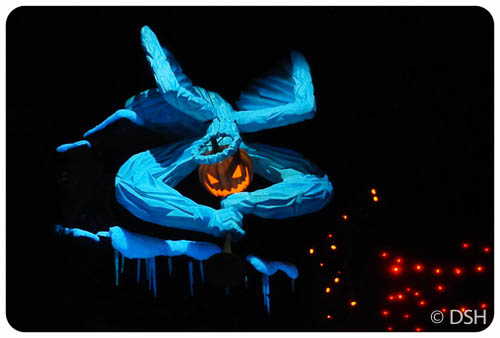 The Haunted Mansion in Halloween month

This parade blocked Main Street, almost causing us to miss a short performance of Frozen at the Royal Theatre

The submarine ride, Finding Nemo, was the scariest for Carmen 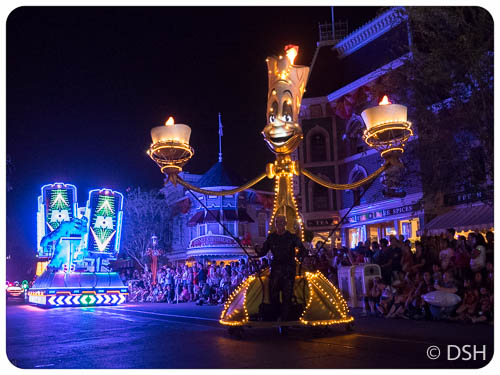 The Paint the Night Parade is filled with characters from Disney movies. The candlestick is from Beauty and the Beast.

Fireworks started right after the parade.

View from the Getty 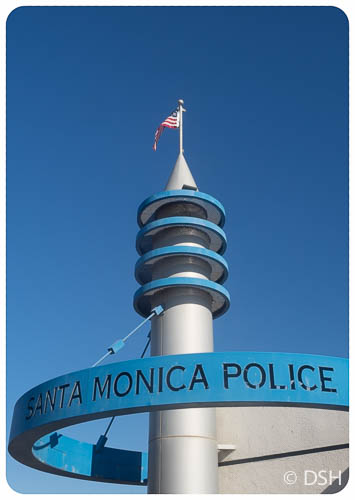 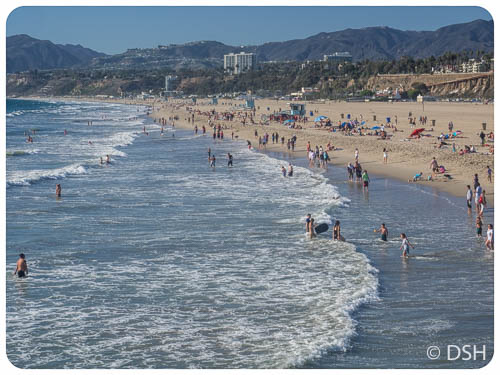 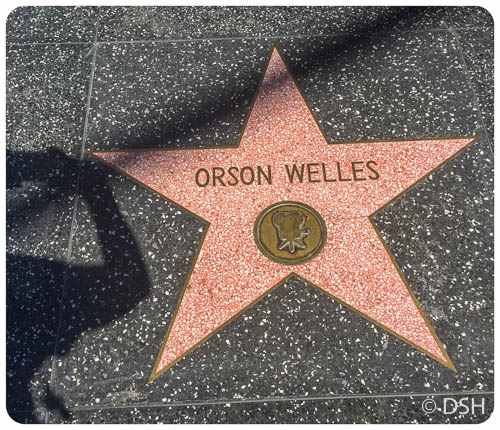 Hollywood, near where we had brunch 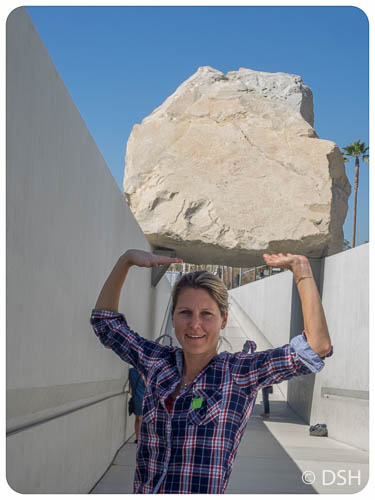 One of many Frank Gehry models on display, some built, some not

With seemingly 1000’s of circulating cars, Chris Burden’s Metropolis II feels like a model of L.A.

“Allah” – God is Alive, He Shall Not Die (blue) by Nasser Al Salem, part of Islamic Art Now exhibition 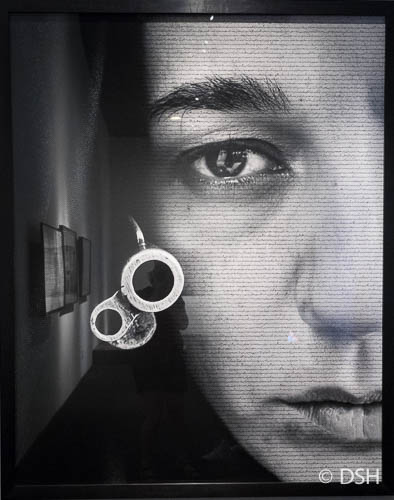 I love the sound of the waves

A Curlew, one of many shorebirds on the beach 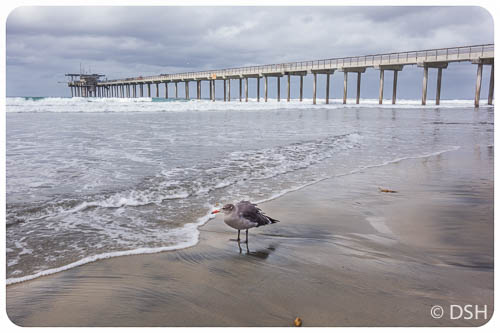 Jewels on the beach 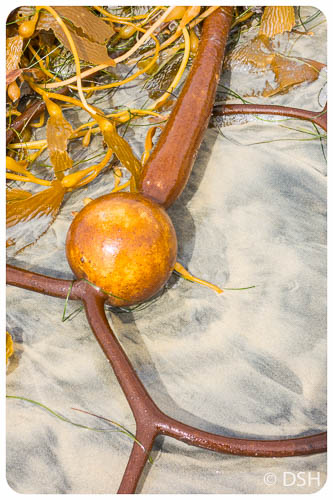 Mary, Star of the Sea

Our first sunset from Dede’s patio 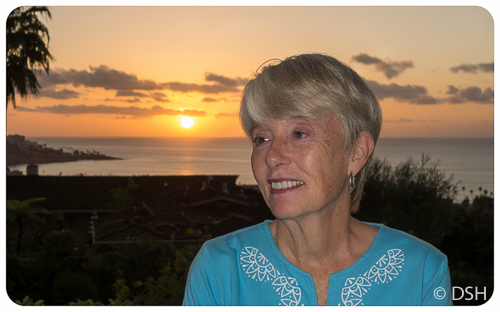