Tourist Bus to Puno
Our ride to Puno, on the shore of Lake Titicaca, took all day. After five days of hiking, we were glad to sit still. The seats were comfortable and we made several stops along the way:

Andahuaylillas – I wandered around the plaza while others toured a church referred to as the Sistine Chapel of the Andes – lots of frescos in its cold, dark interior

Raqchi – ruins of a major Inka city with many round granaries. A key point in the Incan road system. The two-story Temple of Wiracocha is believed to have been the largest single roofed building in the empire.

La Raya – our highest point at 4325 meters with a great view. When I heard that we would be traveling over a high mountain pass, I pictured snow-capped peaks and windy roads, instead we found a wide plateau and a well maintained road

Pukara – I skipped the museum tour and instead photographed the adobe church and numerous ceramic bulls. (I only have so much patience for bilingual tours, especially when the English half is only have comprehensible).

To celebrate Joanne’s birthday, we went out for a delicious dinner in Puno with musicians and dancers as entertainment. I was especially impressed with the pan flute player.

Uros Floating Islands
This was our first, and favorite, stop on our two-day tour of Lake Titicaca. It was a magical place. The natives fled on reed boats to avoid the Inka’s, and later the Spaniards, and established a whole community on the lake, current population about 2000. Everything is made of reeds – the islands, the houses, and the boats. The “land” felt soft and spongy. We saw a demonstration about how the islands are made, using a mass of floating reed roots as their base. New layers of dried reeds are constantly added on top. An island can last for decades before it becomes too waterlogged to float.

Amantani Island
After a thee hour boat ride, we were met by our native hosts. I was lucky to room with Nancy, who speaks a little Spanish. Karen and Joanne were placed with a different family. The walk up from the port was steep. We had to duck through the door to our low-ceiling bedroom. We were served quinoa soup for lunch and then shown a collection of colorful knitted hats. We each bought one. after a brief rest, we were led to the plaza for a short talk by our guide. About 4000 people live on this terraced island, growing potatoes, quinoa, and other grains. We learned that the black skirt worn by the mother of our household indicated the she is a leader in the community, elected for a one year term.

Afterwards, the majority of our tour group took a steep walk up to the top of the island. We stayed behind and took a walk along a perimeter path, enjoyed beer and hot cocoa at a cafe, and watched the sunset. The lake is so big, it looks like the sea.

Our hosts returned for us and led us back to their homes. We had potato soup plus rice and potatoes for dinner. The are ten people living in our adobe compound: Severo, his wife Ana, their three children (two girls and a baby boy wrapped up on his mother’s back), plus a set of parents, a brother, and a couple others whose relationship was not clear. The girls were thrilled with the coloring books that Nancy brought and Ana thanked us for the fresh fruit we brought with us from the mainland.

Nancy was still breathless from our walks (Lake Titicaca is above 12,000′) and I had a bit of a headache, so we skipped the fiesta arranged for our group and went to bed early. Karen and Joanne attended in native garb and had a good time dancing to native music.

After breakfast the next morning, our hostess led us back to the port.

Taquile Island
Though it looked much closer, it took an hour to get to Taquile Island. The walk up to the main plaza was very scenic, but at about 13,000′, Nancy was challenged. It was easier for me, now that I’ve been at high altitude for a week and a half, but still noticeable. Though they are close to Amantani and share a language, Quechua, their customs and dress are quite different. They are known for their handicrafts; the men knit and the woman weave. I bought a couple soft alpaca hats (and hope my boys like them).

We saw a demo of soap making from plants and ate yummy trout for lunch (from the lake, non-native). Then it was down 500 steps to the port and a three hour ride back to Puno.

We ate dinner and then took a van to Juliaca for a late flight to Lima. The roads near the airport were the worst we’ve seen in Peru and we were a bit worried about where we were. Fortunately we caught our flight and it went smoothly. I can’t say the same for our hotel. It was quite seedy. 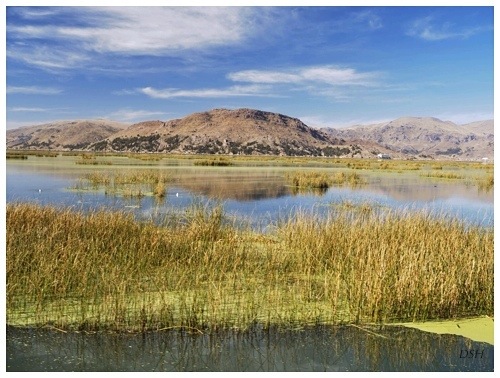 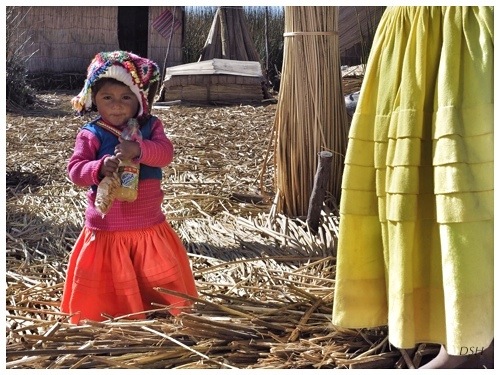 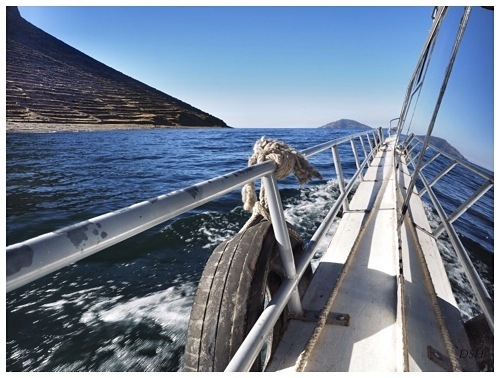