I had a peaceful, photo-free day, hanging out in rainy Wellington with Trish. I bought a few pieces of New Zealand themed fabric, for the quilt I may eventually make. We saw two great exhibits at the Pataka Gallery in Porirua where we also had a tasty lunch. The first exhibit, Visible Women at 60, contained portraits of sixty women and their comments about life; their quotes were inspiring, full of wisdom and the confidence that comes with age, perfectly timed for my upcoming birthday. One quote referred to the 60’s as the teenage years of old age (that explains the recent braces); I prefer to think of it at the upper end of middle age.

In the other exhibit, Imagine Asia, contained New Zealand artists’ responses to contemporary Asia. It was quite diverse with some intriguing pieces. I tried unsuccessfully to find the book NZ Frenzy North Island after finding Scott Cook’s book on the south island to be a very hand guide. And I spent a bit of time on Trish’s PC, since she doesn’t have WiFi, planning my next few days.

Trish drove me to Ace Rental Cars and guided me through Wellington traffic onto the highway leading north. The windy road lead over a mountain and into the fog, which cleared just as I reached my first stop, Pukaha Mount Bruce Wildlife Centre. There I took a short bush walk past several aviaries where they are breeding native birds for release back in the wild. At the Kiwi House, I saw a couple kiwi, one a rare white one. They have reversed day and night so we were able to observe these nocturnal birds in very dim light.

I then continued my drive up to Napier. When this coastal town was severely damaged in a 1931 earthquake, it was rebuilt in an Art Deco style. I took a walk through the city centre to check out the colorfully painted buildings.

I stayed overnight with Sue, who I met through a women’s group promoting international friendships, and her partner Don. I enjoyed a home cooked meal and a wide-ranging conversation with a couple kindred souls.

There are two ways to get out to see the Gannett colonies on the privately owned Cape Kidnappers just south of Napier. One is a tractor ride along the beach, which goes once a day timed with low tide. The other is an overland drive across the top. Given the tide table, I had only one choice, which may have been the better of the two. The overland route provides great views of the peninsula and allows more time at the gannet colony, one of the largest in the world. Most of the birds, members of the Booby family, were chicks, getting ready to take flight, but there were also a few fluffy younger ones and several adults. The weather was gorgeous; I wore sandals for the first time since I left Moteuka.

After my tour, it was back in the car for a couple hour drive inland to Taupo. I made a brief stop at Huka Falls before meeting my next hostess, a fellow cat-lover, Erin. We enjoyed gin & tonics, a meal, and chatting. She has four grown children, nine grandchildren, and has traveled to more places than I have.

Congratulations New Zealand! The Kiwis got into the finals for the cricket world cup for the first time and there’s a lot of excitement around here.

Garden in the sky, Mount Bruce 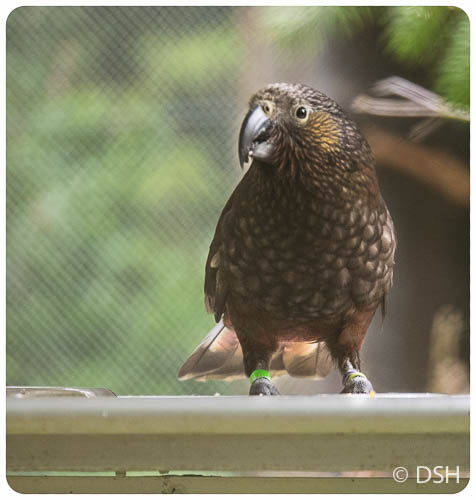 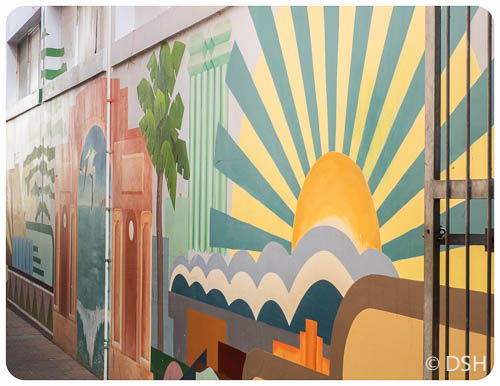 One of several murals

Not the best sunset, from Te Mata Peak

The gannet colony is at the tip 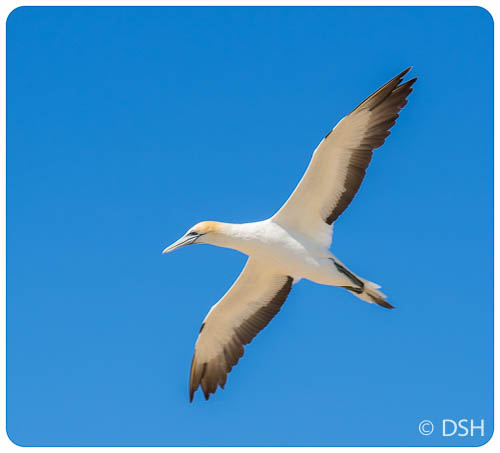 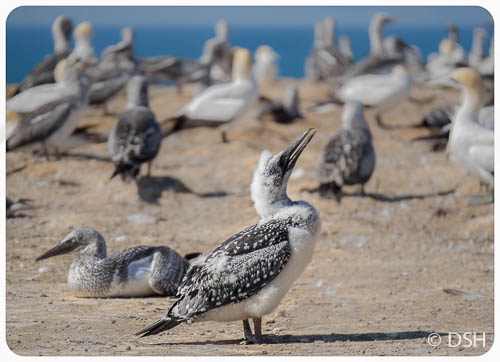 This chick still has some downy feathers 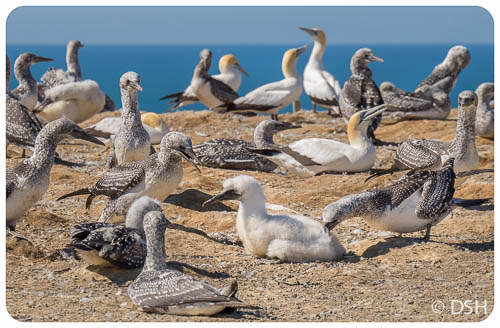 Chick asking parent for food (both parents care for young) 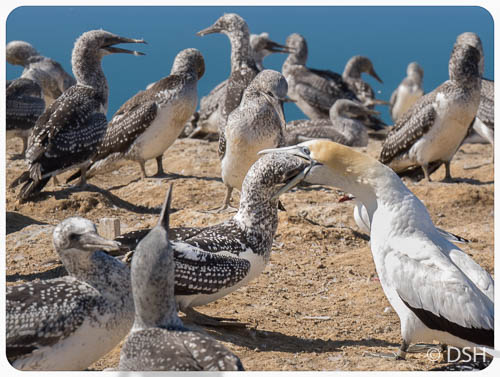 Out of the fray 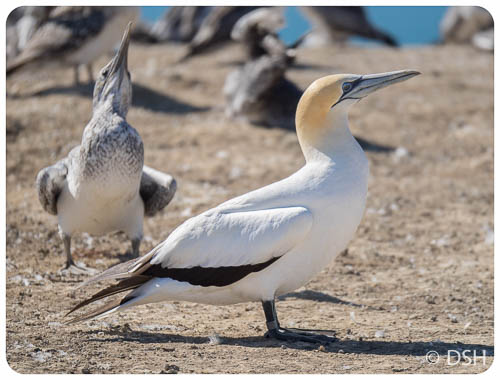 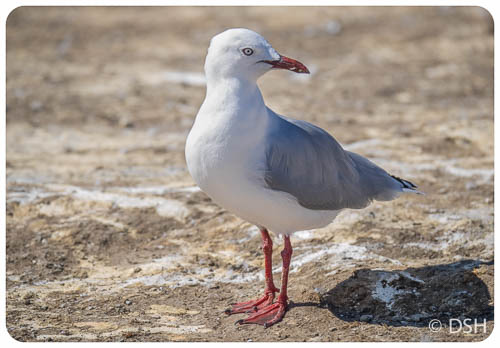 Huka Falls near Taupo, more like rapids through a gorge

2 thoughts on “Onto North Island”