El Niño didn’t deliver the anticipated whooper rainfall, but it did provide almost normal snowfall in the Sierras, which is much more than we’ve received in our drought-stricken state for several years. I was fortunate to get up to the mountains three times this season.

Ten of the women in my hiking group stayed in a dorm room at this Sierra Club lodge near Donner Summit. It snowed every day so we left our cars in the lot and shoe shoed from the lodge each day.

Six of us rented a cabin near South Lake Tahoe. Most of us snow shoed every day. I also went down hill skiing for the first time in over a decade! I stuck to the green runs a bit more than the blue. I had a great time and hope to return next year.

Last year I spent my birthday in New Zealand and Australia; this year I watched the sunrise above the Eastern Sierras, then snow shoed near Mammoth. (See upcoming Death Valley post for the rest of my activities this week). 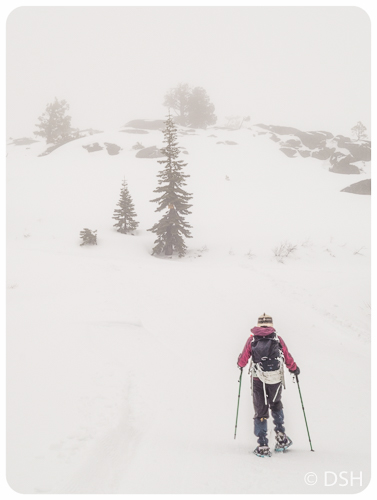 We didn’t get up to the ridge this year; it was too windy. 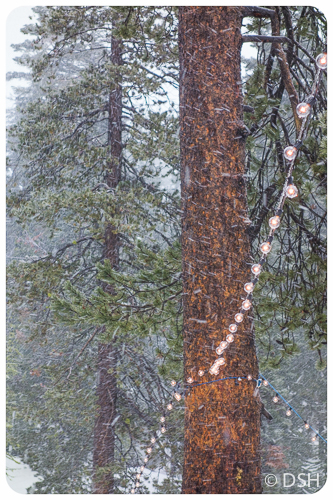 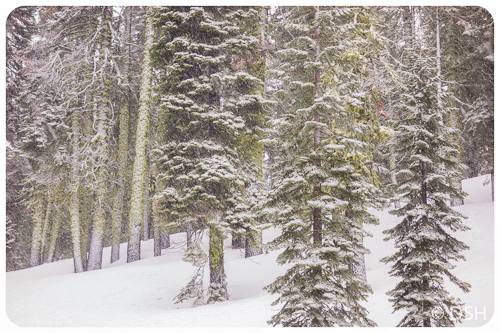 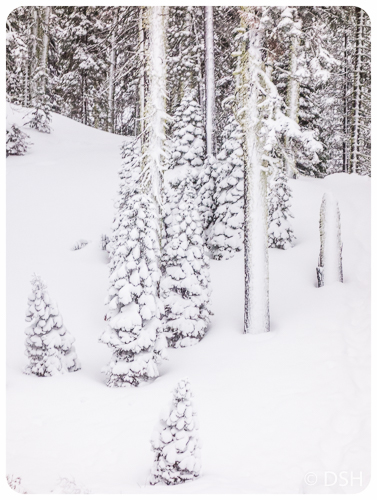 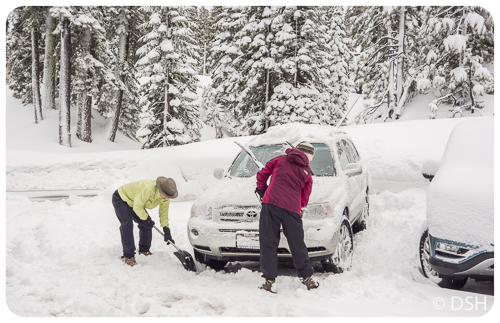 Digging out our cars 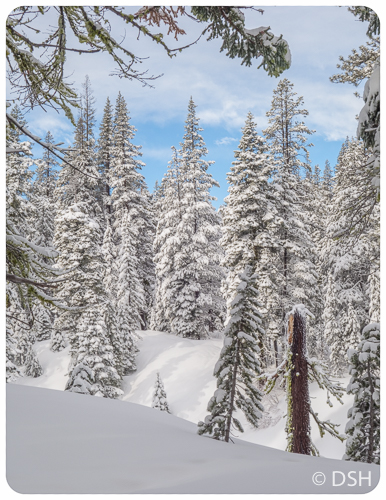 While waiting for the lot to be plowed, we took one last snow shoe in beautiful clearing weather. 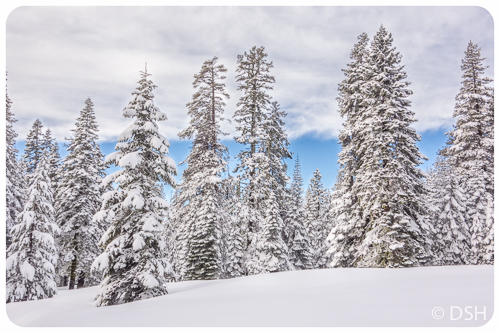 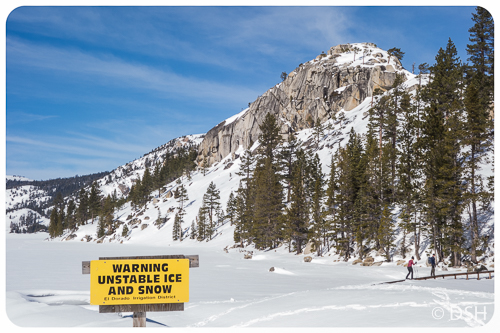 Our first outing near Echo Summit 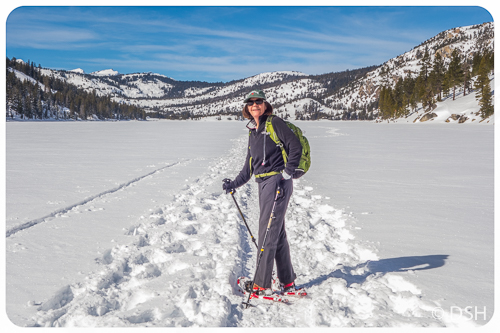 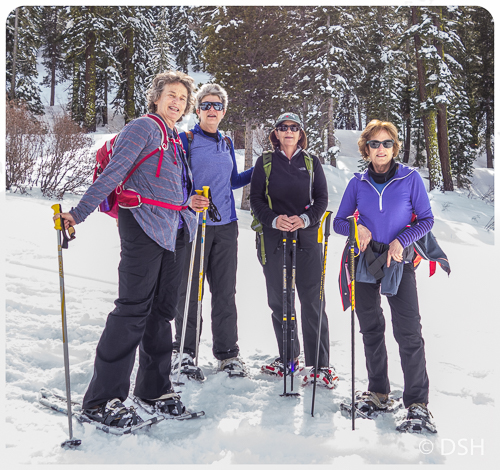 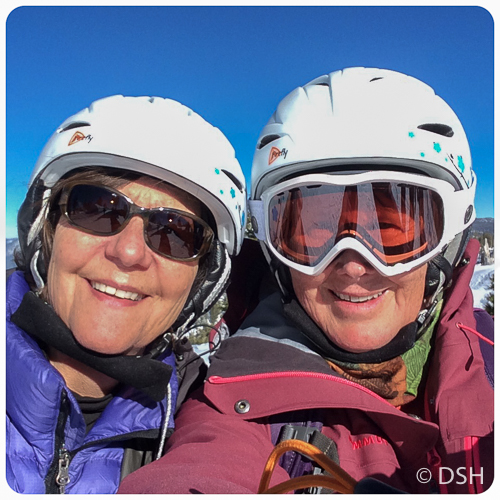 The selfie accurately depicts how much Anne and I enjoyed our day of downhill. 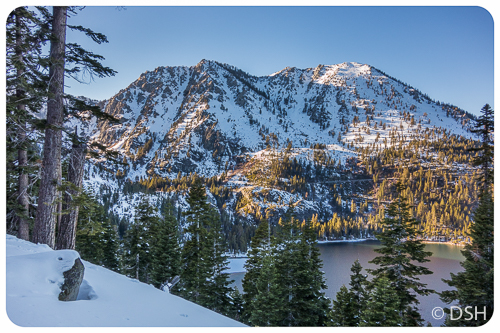 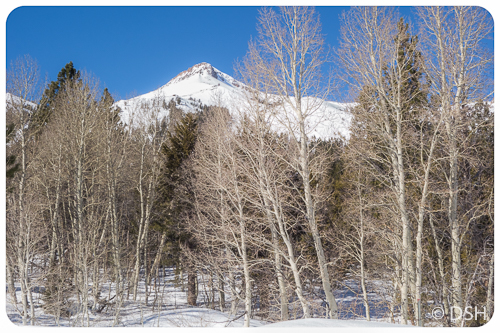 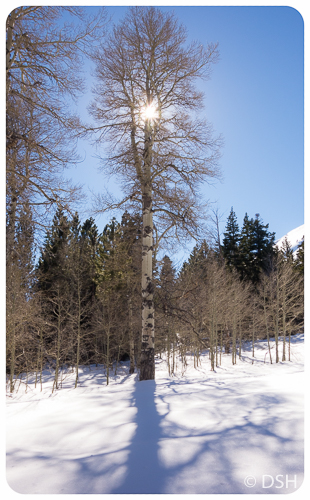 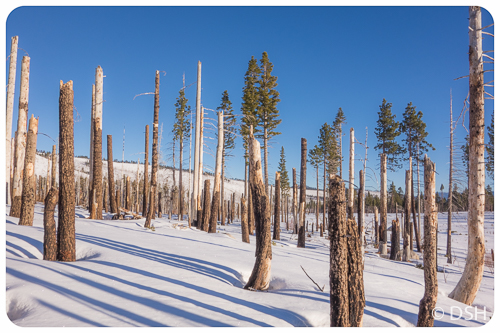 “Ghost Forest” near the cabin 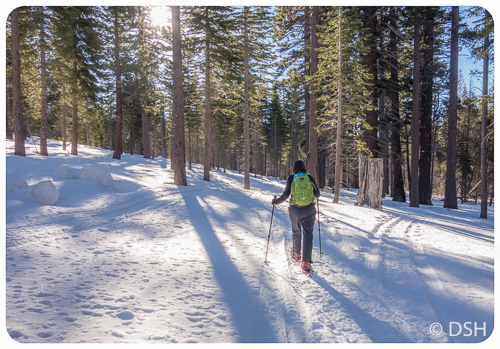 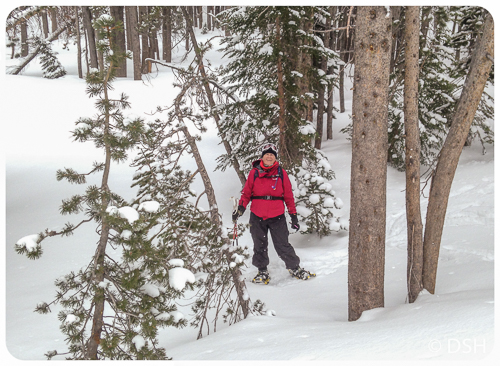 In the snow again, near Mammoth 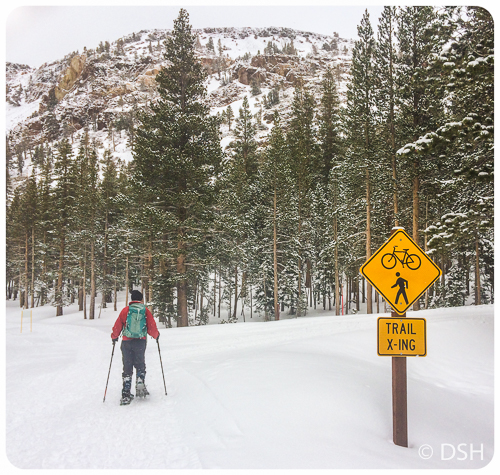 Paget on trail near Tamarack Lodge 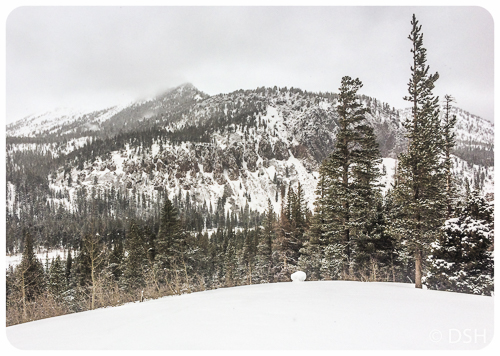