I don’t care for one-night stays, but this stop was definitely worthwhile. (If on my own, I’d make this a two-night stop, time permitting). We made oyaki buns, toured an ancient temple and saw snow monkeys.

Demonstrating how to stretch dough and fill oyaki buns

Blossoms still only an occasional sighting (cooler spring than usual)

View from gateway towards Zenkoji Temple 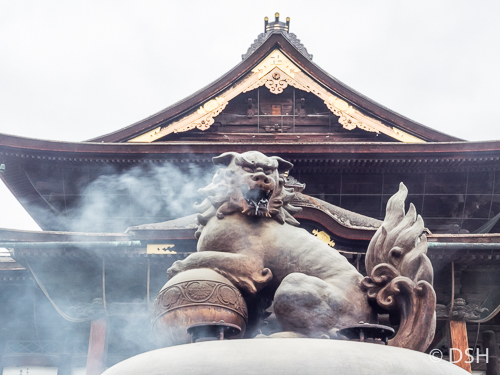 Visitors purify themselves with smoke from this incense burner before entering. 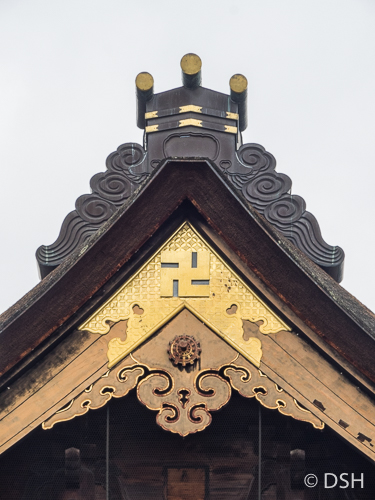 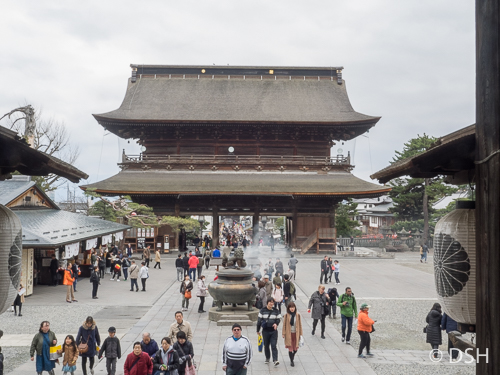 View from main hall looking back towards temple gate 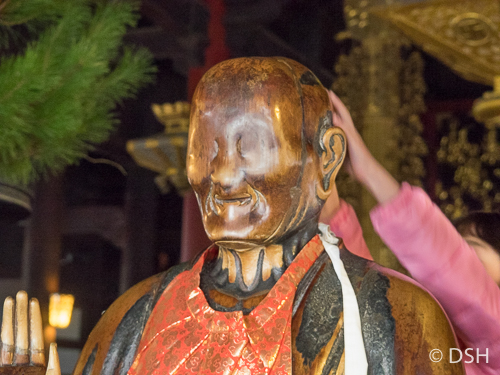 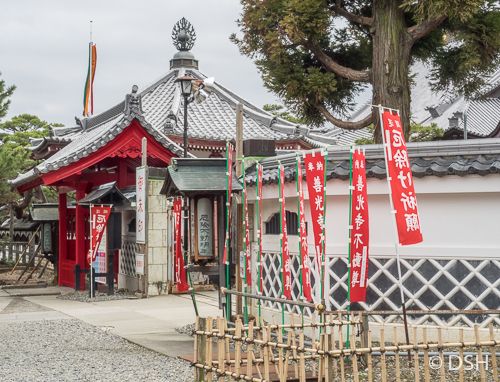 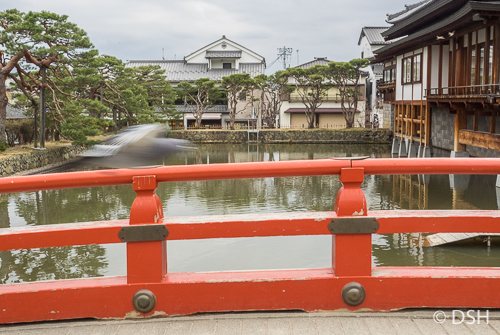 A pigeon flew past 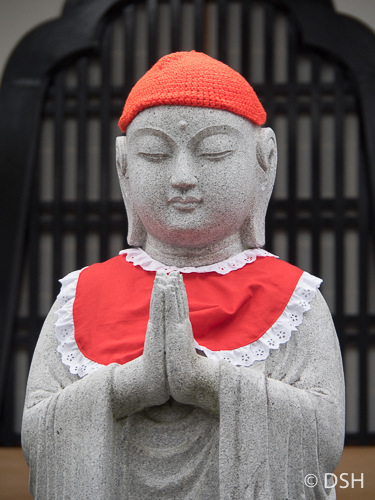 Many of the statues we’ve seen are donning red garments 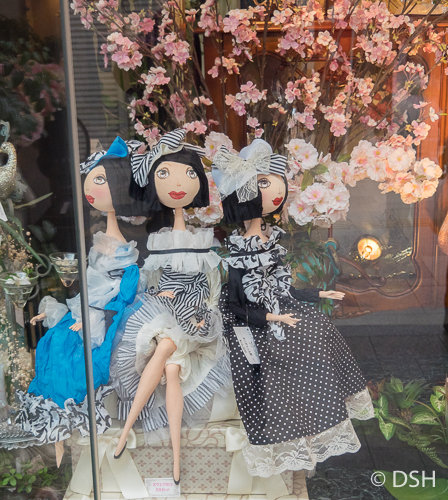 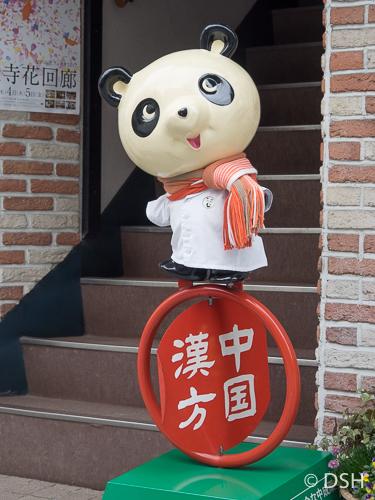 Another temple in Nagano 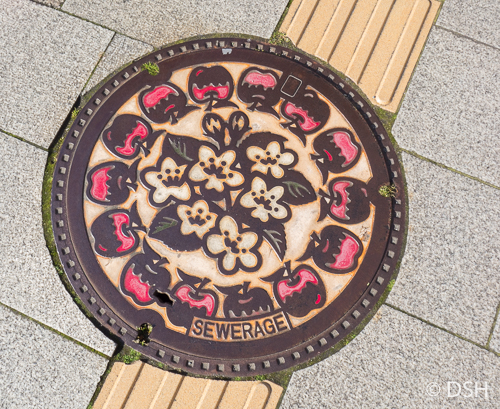 Some things are found everywhere in the world 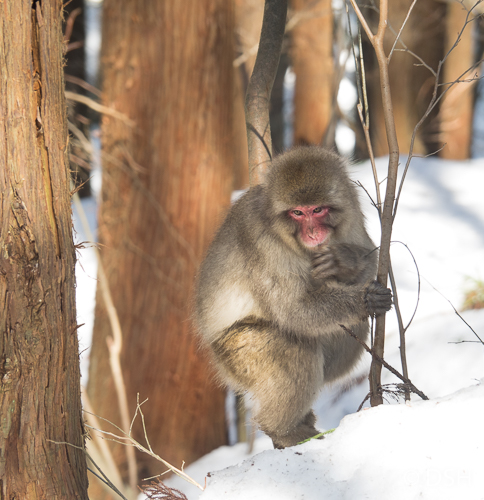 Monkey near path outside park 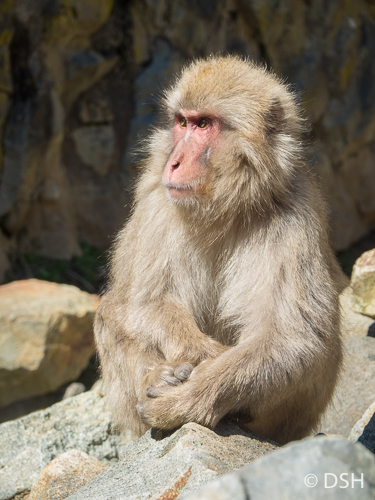 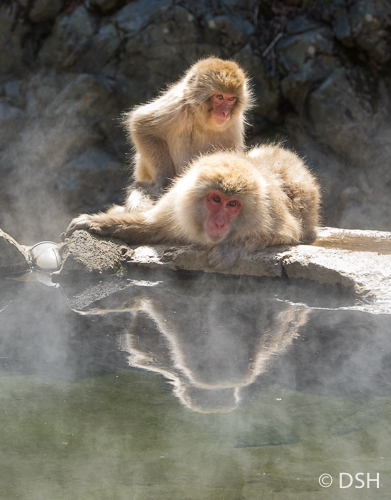 Taking a break from grooming

Something upset this one 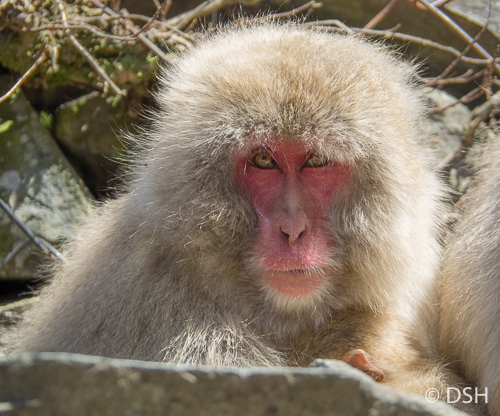 I met Dori in the lobby in Tokyo and we walked for an hour, holding umbrellas, before meeting the rest of our group in the lobby. Our guide, Mari, had trouble with her ticket, so we barely made our bullet train. We jumped on the first open car and pulled our luggage through six moving cars to get to our seats.

After dropping our luggage at the hotel, we took a bus to the top of town, a short distance, where we stopped to make oyaki buns filled with bean paste and veggies, one of each. We rolled the dough and stuffed them, then took a 20-minute stroll while they cooked. Two rolls each with miso soup was a perfect lunch.

After lunch, we toured the Zenkoji temple, built in the 7th century before Buddhism in Japan split into different sects. It contains a hidden Buddha statue, believed to be the first Buddha statue brought to Japan. A replica is shown to the public every six years, but no one alive has seen the original. We took off our shoes and walked in a pitch-black tunnel beneath it, feeling our way along the smooth, well-worn wooden wall on our right. After wandering the grounds, we strolled back down to our hotel, enjoying being back in a human-scaled city.

We are in another hotel with a bathroom clearly assembled as a module offsite; I keep tripping over the step, especially confusing when one side is deeper than the other.

Despite the blackout curtains, I woke up again at 5:30, sunrise; it’s a good thing we haven’t been staying out late. I looked out the window to see clear skies with snow-capped peaks in the distance. We had breakfast in the room; I had a rice patty filled with bits of veggies and meat, a banana, sold individually wrapped in a plastic bag, and a yogurt-like substance that I later learned was soy bean yogurt. (Raj’s phone app translated the label as “Act Love Struck, Bean’s Milk”; I’m guessing the former is the brand name).

We took a forty-minute ride to Snow Monkey Park, mountains visible to our left. The walk from the bus stop to the park is about a mile and a half uphill, a challenge for Nancy especially since the last 1.6 km was a muddy snow-lined trail. It felt good to hike and I was excited to see my first snow monkey along the way, possibly one of the males that live on their own most of the year. The females and youngsters live communally in their troop. The park was relatively small with a manmade pond along a thermal stream. These red-faced Japanese macaques are acclimatized to people; the monkeys frolicked about ignoring us.

We had lunch at a café just outside the stairway leading up to the park, then caught a bus and train back to Nagano. Our ticket covered transportation and entry fees, others arrived by car and had a shorter walk to the park. We then rolled our suitcases back to the JR (train) and headed to our next stop, about an hour away.