Though I still need to catch up on trips from last year, I’m posting this one now since it’s quick and easy.

I took a short trip to visit my friend Dede. We realized that it’s been four years since my last visit, too long. As usual it was very relaxing. I took daily walks on the beach and enjoyed wearing sandals. 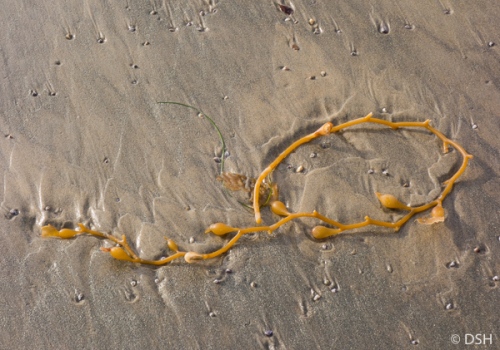 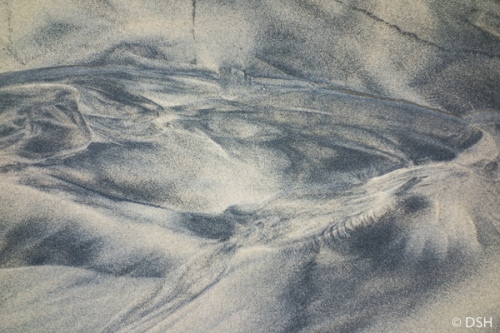 A whale in the sand

Buddy is a certified therapy dog

Scripps Pier on another day 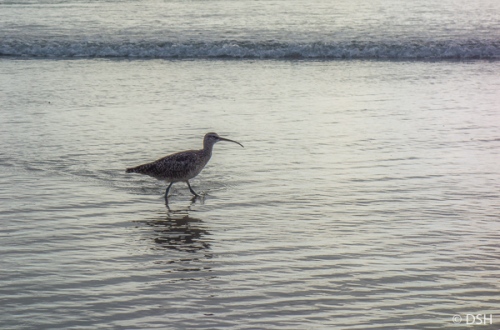 Protesting the Miramar Airshow, one week before the noisy Blue Angels visited S.F.

Dede picked me up from the airport in the early afternoon. As soon as we got to her home, I headed to the beach. It’s about a 15-minute walk down and a 20-minute walk back up. I’m glad I went since this was the only sunny day I had at the beach during my visit. There is almost as much fog here as at home, but it’s warmer.

When I got back we enjoyed dinner on her patio. Her friend Victor barbequed ribs, and we enjoyed a bottle of red wine. For me, it’s a luxury to be able to eat outdoors in the evening.

I took one of Dede’s three dogs, 90-pound Buddy, for a walk on the beach in the morning.  Dogs are only allowed before 9:00 a.m. and after 6:00 pm. Though he’s huge, he’s well trained and easy to walk. I’m not used to male dogs and counted 16 leg lifts at bushes and trees on our way up and down the hill.

In the afternoon, Dede and I took Buddy and a Ellie May, a small fluffy white dog, for a visit to a memory care center. Though some of the residents were not responsive, most perked up and were happy to pet them. When she’s a bit older, I’m hoping to train Sage, my almost year-old Border Collie, to be a therapeutic visitation dog.

Dede’s friend John later joined us for a barbeque at the beach. We had hoped for a nice sunset, but no luck. Given that it was mid-week and overcast we virtually had the beach to ourselves.  Salmon, corn on the cob, salad, and boysenberry pie, yum!

We spent the whole morning glued to the tube watching the Kavanaugh hearing. Sadly things have not has changed much in the 36 years since Anita Hill bravely came forward. I broke away to take a long, leisurely barefoot stroll along the beach before attending a Veterans for Peace protest. They would like to see the Miramar airshow discontinued since it glorifies war.

I took Buddy for one last beach walk, then packed up and headed to the airport. My flight was delayed slightly due to fog in San Francisco, but was otherwise uneventful.