I’ve started my Southeast Asia adventure in Cambodia. Judith, who I met four years ago on a trip to Cuba, will be traveling with me about half the time. We spent our first three days in the capital city, exploring a few sites and adjusting to the time change. It’s warm, humid, and smoggy here. 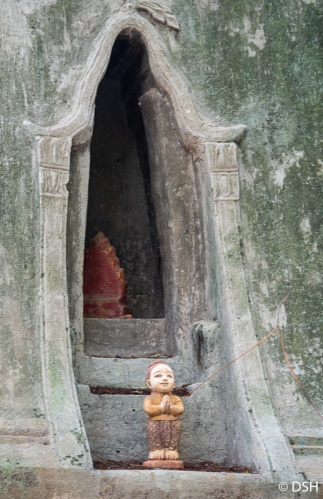 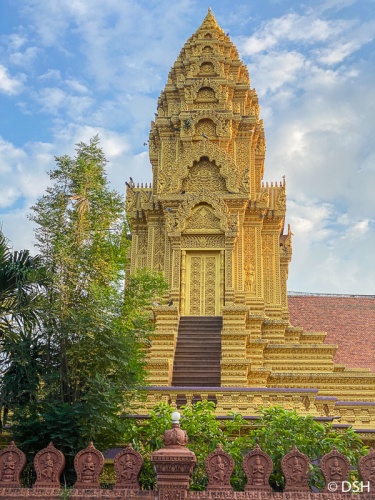 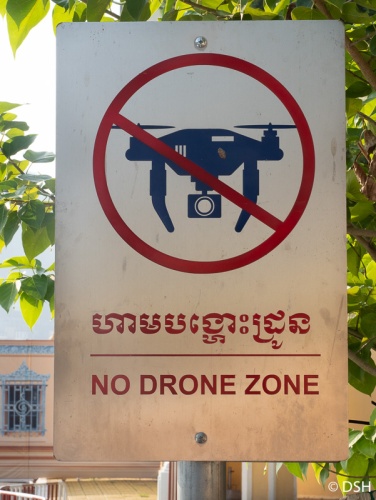 I wish this annoying things were banned in more places.

On the Auspicious Occasion of the 66th Birthday Anniversary of His Majesty Norodom Sihamoni, King of Cambodia 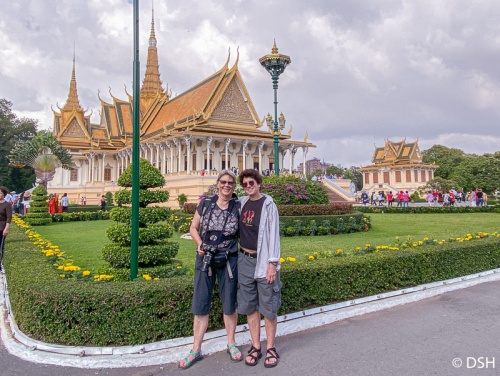 At the Royal Palace 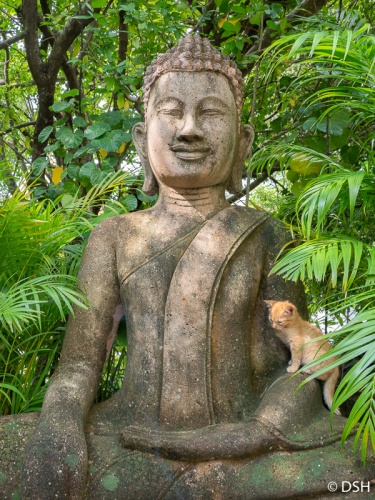 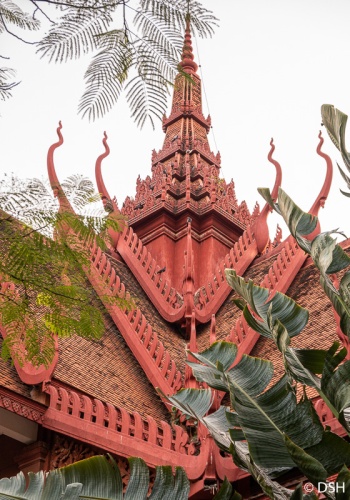 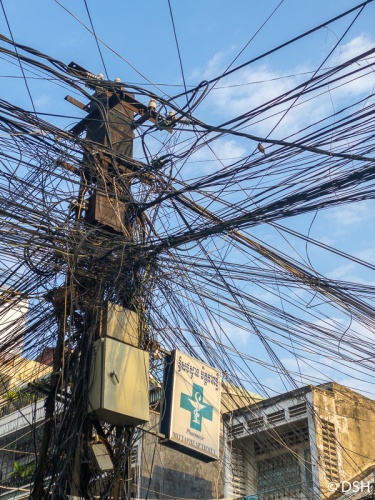 I wonder what PG&E would do with this. 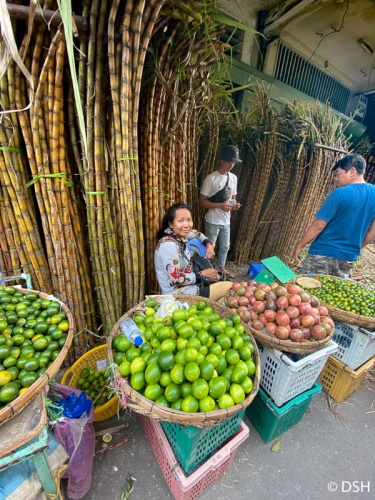 Lots of sugar cane for sale on this street 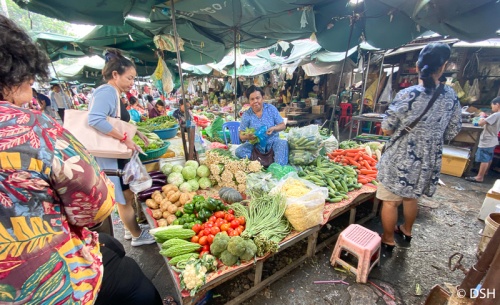 Our block at night 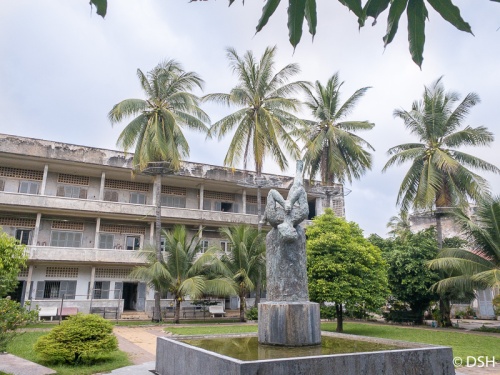 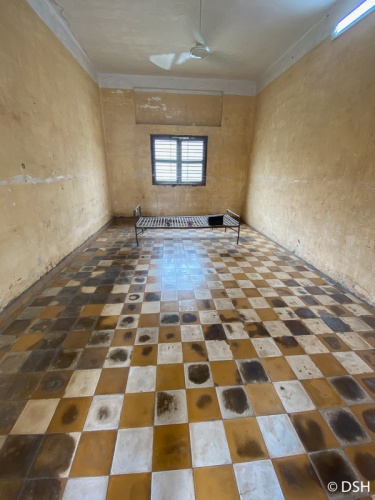 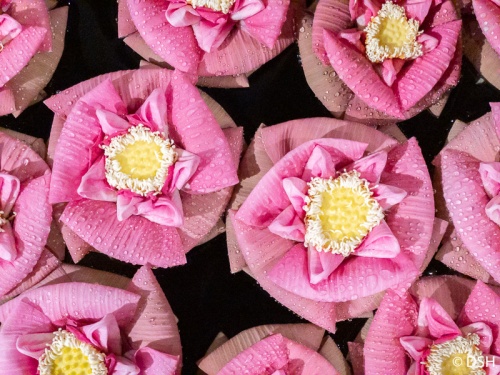 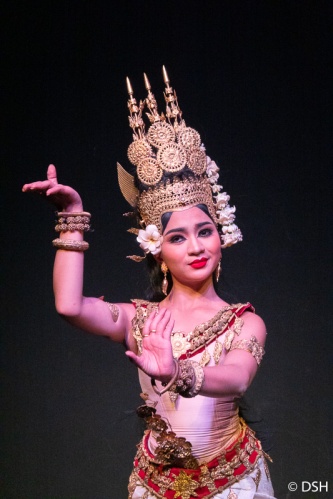 I got a ride to the airport at 9 pm on the 14th, arriving early for our just-after-midnight takeoff. Our first flight, to Taipei, took almost 14 hours. I watched two movies and one documentary, and slept for a few hours here and there. The seats don’t tilt much, so when dozing off it’s easy to flop forward or onto a neighbor. We easily found our next departure gate, then sat on the runway for almost an hour. By the time we arrived in Phnom Penh, it was almost noon the next day.

It didn’t take long to get our visas and go through customs. We also got local sim cards for our old phones and a few Cambodia Riel from the ATM, which turned out not to be necessary since dollars are readily accepted everywhere (4000 riel = $1). Our taxi driver helped us find our riverside Airbnb sandwiched between a sports shirt store and a massage shop in what might be a red-light district. Door-to-door it took 24 hours to get here. Though spacious, our apartment is long and narrow and we quickly abandoned the bedroom furthest from the window since it smelled musty. Judith slept in the front room which on some nights was quite noisy with what appeared to be drunken revealers.

After settling in, we visited Wat Phnom, a Buddhist temple built in 1372. At 27 meters (88.5 ft), it is the tallest religious structure in the city. Surrounded by a small park it felt like a mini-oasis after our walk over, darting in between cars, tuk tuks, and motorcycles to cross streets. Though not as intense as in India or Nepal, drivers have the same disregard for traffic lanes and the very few signals that exist.

We spent a couple hours in comfy chairs at the Elephant Bar, a throwback to colonial times. While getting refreshed by expensive beverages and a yummy pad thai, we tried one last time to reach AirAsia and change an upcoming flights. Without notice they cancelled the one we had booked and moved us to the next day. We finally gave up, bought another ticket, rebooked two hotel rooms, and sent emails requesting a refund for the flight we won’t be taking.

The sun was setting as we walked back to our lodging. We visited the nearby night market where I purchased my first souvenir, a pair of cotton pants festooned with elephants, a popular decorative theme here. To help us recover from our sardine-packed plane ride, we treated ourselves to a full-body massage, only $11. We felt so good afterwards that we walked around the corner and had an hour of reflexology.

After all that relaxation, I slept until 4:00 am, waking only two hours earlier than usual, not bad for the first day in a new time zone. When Judith arose, we headed to the Royal Palace, discovering Wat Ounalom on our way. This Buddhist temple compound was deserted except for monks heading to prayer. It felt peaceful and spiritual in the early morning quiet. The Royal Palace wasn’t open when we arrived, so we ate breakfast before entering the compound. From our guide we learned that the yellow color of the buildings represents Buddhism, the official religion of Cambodia, and the white Hindu, one of the earlier religions; most Cambodians now practice a melding of both. A flying blue flag let us know that King Norodom Sihamoni was in residence. This symbolic figurehead is elected for life from members of royal bloodlines. We visited the National Museum, a collection of decaying artifacts from antiquity housed in a red building inspired by Khmer temple architecture. Throughout the day we saw several small cats, many with short stubby tails, apparently a common genetic occurrence in Cambodia.

We wandered through upscale shops on 240 Street (Oknha Chhun), most of the cute cotton clothing was too small for me to be tempted. We continued through a more modern part of town, with bigger streets, and yet more vehicles, to Eleven One Kitchen, where we had a delicious chicken and broccoli salad. We took a tuk tuk back to our lodging, puttered a bit, then got another massage. Afterwards, we wandered around looking for, and not finding, groceries, though we came across a street market filled with good looking produce and dead animals covered with flies. We stopped at one of the dozens of bars in our neighborhood and I enjoyed a glass of wine while watching the flow of humanity. It already feels as if I’ve been gone for a week as my everyday world recedes and I’m immersed in new experiences. We had time to shower, with a little hot water, then walked over to Romdeng, a recommended restaurant, not as yummy as our lunch. Most of the tuk tuks here are carts pulled by a motorcycle. We took one back, letting our driver figure out to navigate the crazy traffic in the dark.

We found a tuk tuk driver who took us to several places throughout the morning. First stop, after a refreshing cup of chai tea, was the Russian market – lots of stalls selling clothing, food, and household goods. We picked up a couple souvenirs then stopped at the Thai embassy to clarify what I’ll need to do since our flight change to that country will cause me to overstay my 30-day visa in that country. Ahh, the joys of international travel. I’ll only have to pay a one-day penalty upon exit.

After much hesitation, we visited the Tuol Sleng Genocide Museum, the former high school which became Security Prison 21 (S-21) in 1976 under the Khmer Rouge. During their five-year regime, millions of people were tortured, executed, and starved, about 25% of the population. I couldn’t stay inside the buildings for long, but sat on benches outside listening to audio stories told by survivors, my eyes filling with tears. It’s hard to contemplate how much post-conflict PTSD this country has suffered.

To help clear our bodies from that experience, we treated ourselves to a three-hour spa treatment. Every cell in my body was content and I had no desire to move when it was over. Judith headed to a dance class while I took a sweaty walk back to our lodging to download and sort pictures. We reconvened for dinner followed by a dance show. Ninety percent of artists died during the Khmer Rouge régime and surviving dancers have worked to train youth in Cambodian arts. I appreciated the traditional dances more after Judith’s brief explanation of the movements, especially the hand gestures with curved fingers. Though not far from our lodging, we took a tuk tuk back and were both sound asleep before 9:00.