Sunday (June 8)
Somehow what looks like a two-hour flight on paper takes all day. We left Finch Bay at 7:15 a.m. and arrived at our hotel in Quito more than nine hours later. First we took a water taxi to the pier, than a taxi pick-up truck for our tenth trip across Santa Cruz, a short ferry ride over to Baltra, a bus to the airport, a plane to the Quito airport (about four hours, counting short delays and refueling in Guayaquil), a shuttle bus to the terminal, and finally a cab ride that took over an hour. It didn’t help that our luggage didn’t make it onto the plane and we had to wait a half hour for the next plane to arrive. We’re wondering if they left the luggage truck on the tarmac and it rained after our departure, since Nancy’s suitcase and many of her clothes were wet. Fortunately, I had the book that Leanna lent me, “Turn Right at Machu Picchu” by Mark Adams, a travelogue, the perfect reading material for this trip.

We took a short cab ride to the mall in a futile attempt to return the defective camera I bought a week ago. Karen stocked up on quinoa and we all bought more chocolate. We’re staying in a small windowless room at La Rabida. It doesn’t look like a good neighborhood to walk around in at night, so we ate at the hotel. It was quite tasty. I was so tired that I fell asleep before Nancy was done showering.

Monday (June 9)
I didn’t sleep well, primarily due to hot flashes and itchy sunburn and/or bug bites. Nancy got up before 5:00 for her flight back home to Colorado and that was the end of sleep for Karen and me. We caught an early cab to the airport, only 45 minutes at this time of day. (Did they really need to put the new airport so far from town?). We were greeted by a band, news crews, yellow balloons, and lots of electrical cords running all over the place. Rather than celebrating our departure to the jungle, everyone was excited about the Ecuadorian football (a.k.a. soccer) team departing for the World Cup.

Our flight to Coca only took a half hour. While waiting for our boat, we spotted what I hope is only the first of many monkeys, scampering across a railing. We joined eight other travelers for a two-hour ride in a motorized canoe down a liquid super highway, Rio Napo, which flows southwest to Peru and joins the Amazon River. We sped along, slowing occasionally, perhaps to avoid half sunken logs, and passed many colorful barges. The clouds were amazing, and slowly darkening.

We then walked about 15 minutes on a boardwalk through a swamp, the jungle engulfing us – numerous unseen birds and insects, the smell of damp earth, and warm sweat-inducing humidity. Next we climbed into a dugout canoe for a paddle up a small tributary to Sani Lodge, where we are staying near Yasuni National Park. Everyone fell silent in awe of our surroundings.

We were greeted with a delicious fruit drink and appetizers, assigned to cabins, and given a couple hours to relax before rejoining the group for orientation. We used the time to reorganize our bags, and now to catch up on this blog while listening to the sound of the downpour which just started.

The rain ended just in time for a late afternoon ride around the lagoon. This place is magical; I’ve never experienced anything like it. Words cannot describe. As I’m finishing this entry, I’m sitting in our screened cabin listening to the whoop whoop whoop of a frog and a chorus of other sounds. It will be an interesting night. 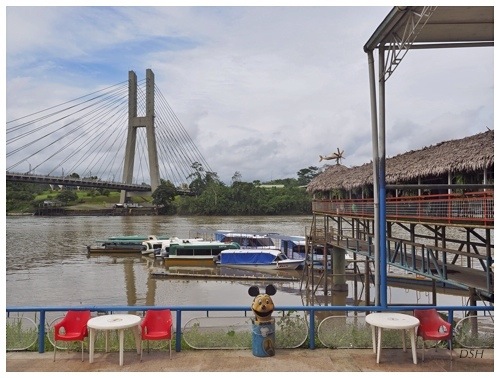 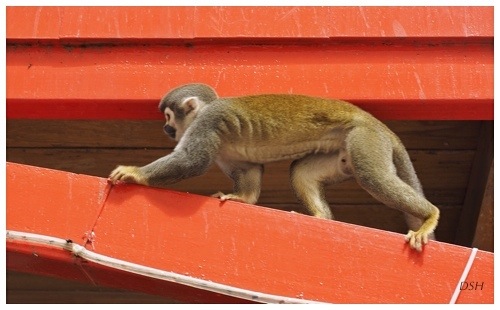 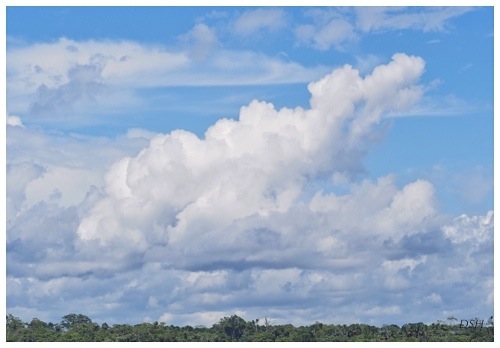 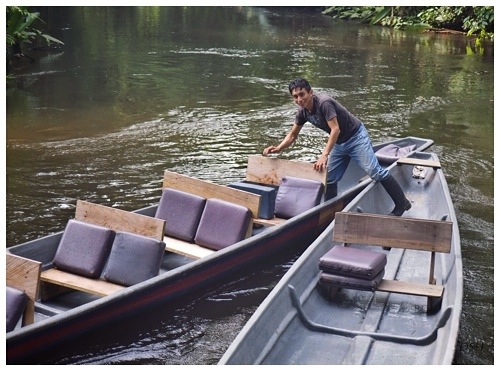 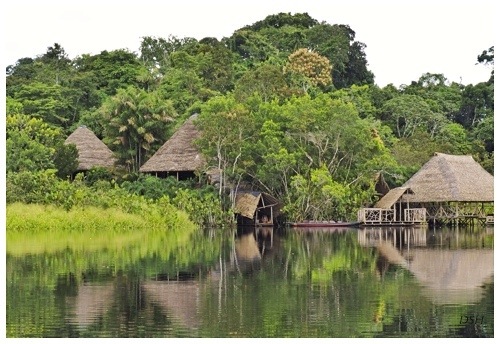 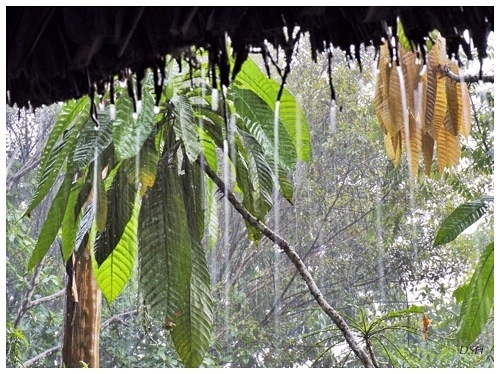 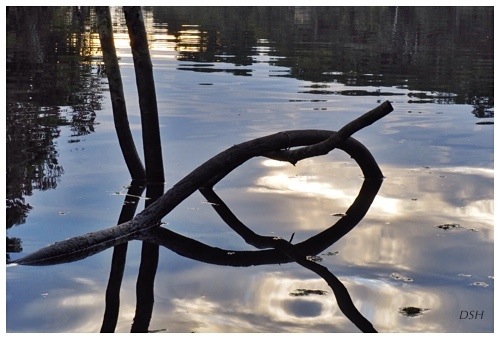 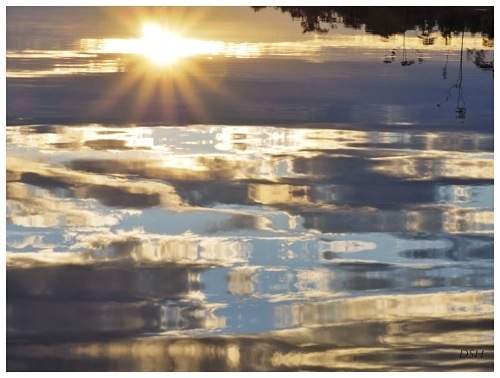 4 thoughts on “From Island to Jungle”