Thursday
Looks like another ship wasn’t in our cards. Instead we’re back in Puerto Ayora on Santa Cruz, roughing it at Finch Bay, a luxury hotel. We said farewell to our newfound travel mates and got a ride in a pick-up truck (a.k.a taxi) across the island.

We ate lunch by the pool – ceviche and salad with chicken for me. Karen and Nancy choose to stay and relax while I went on a tiring walk to Tortuga Bay. The main beach was gorgeous, but too dangerous for swimming. A smaller beach was calmer, but not good for snorkeling. The highlight was seeing a sea iguana emerge fron the water near me and walk onto the beach. That and the Great Blue Herons who stood without moving when I approached. Overall not worth the 8K round trip walk in muggy weather. 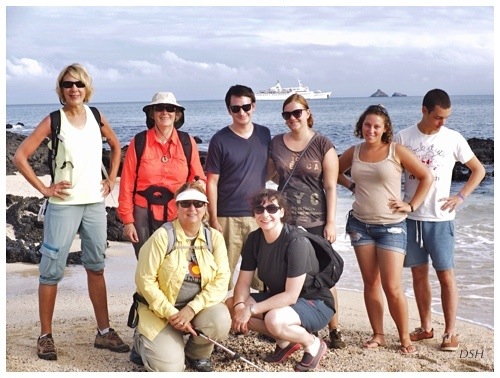 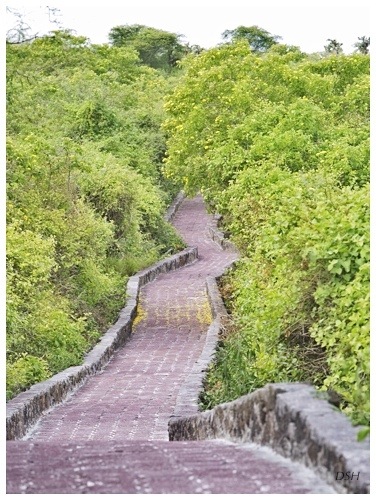 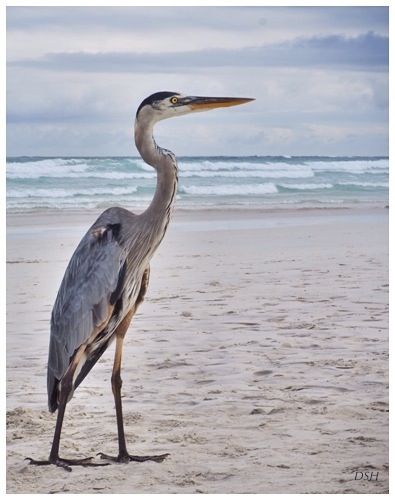 Friday
We took a day trip to South Plaza with a group from the hotel. After yet another bus ride across Santa Cruz ( always raining in the highlands) we boarded a small ship for a one hour ride. We met people from Australia, England, the U.S, and Germany. They all seem to be traveling on a package arranged through the hotel that includes daily excursions.

We were greeted by playful young sea lions on this colorful island (lots of a red iceplant-like plant). It’s a tiny bit of an island, less than 500 feet wide. Many of the rocks are white, from sea lion excrement (they prefer to go on land to avoid predators at sea), some of the rocks polished smooth by generations of sea lions. One edge of the island is a steep cliff with nesting birds – Nazca Boobies, swallow-tailed gulls, and tropicbirds. Thanks to our guide, we saw a chick of the latter hiding in a small rock cave.

After lunch, we hand the best snorkeling yet, somewhere on the southern end of Santa Cruz. Many schools of little fish – silvery, striped, yellow, red and black, etc, plus too many species of larger fish to count. One of my favorite was a spotted box fish related to pufferfish, and a white-tipped reef shark. We went into a small bay with the clearest water we’ve seen (too bad my new underwater camera sprung a leak).

On our way back across the island, we stopped to see the twin sink holes, created when gases were trapped below the surface during an ancient volcanic eruption. A later earthquake, about 3000 years ago, caused the ceilings to collapse.

Nancy and I did a little souvenir shopping when we got back; I got a little silver pendant of a sea turtle, though it haven’t seen one here yet. We were entertained by the pelicans hanging out at the fish market waiting for scraps. 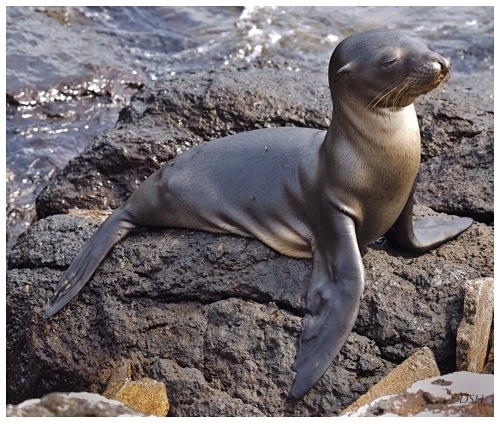 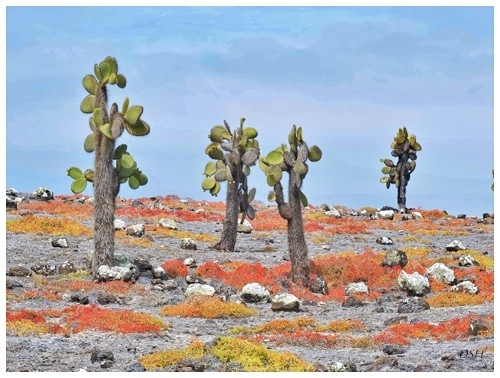 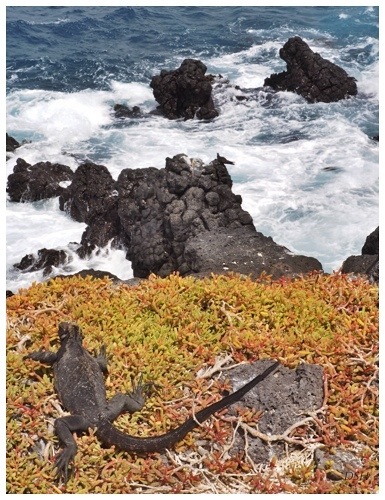 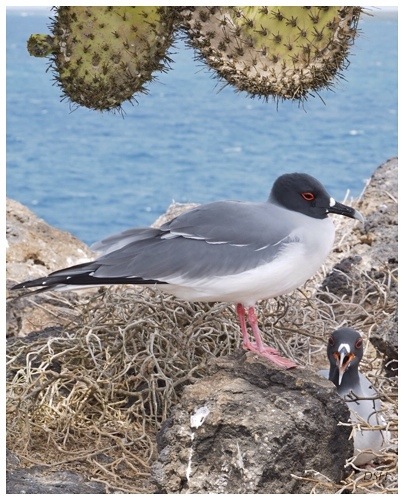 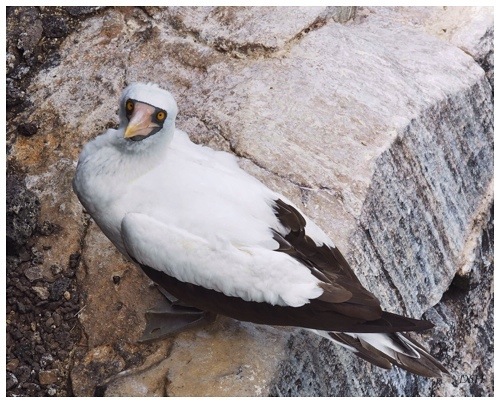 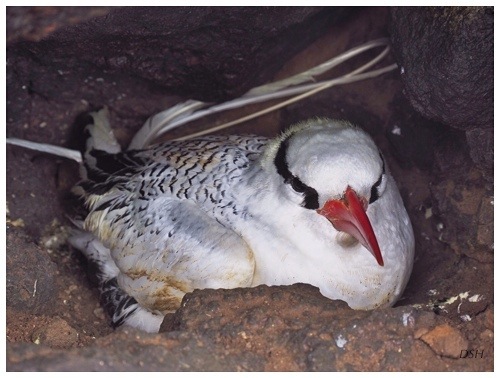 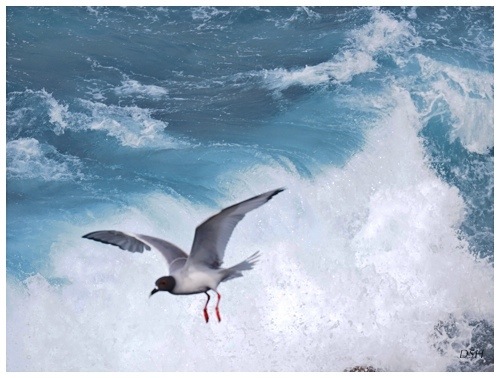 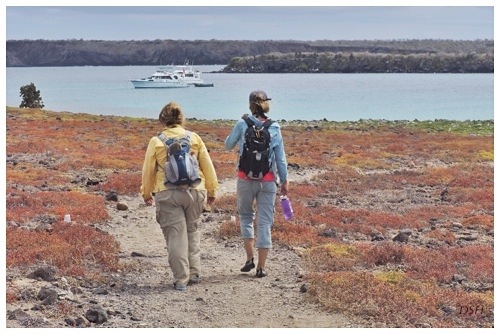 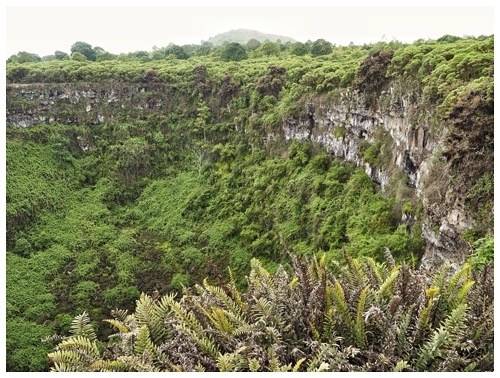 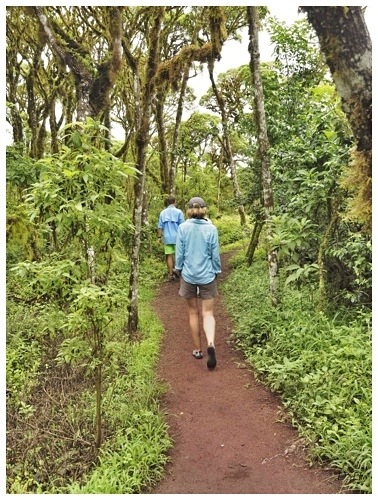 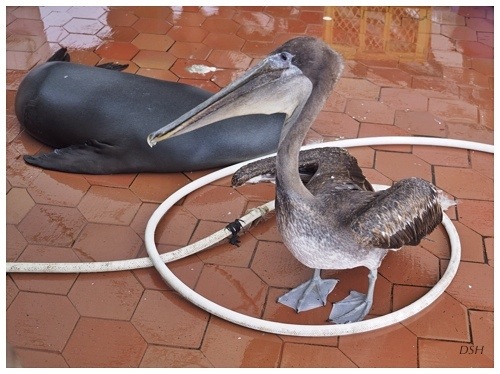 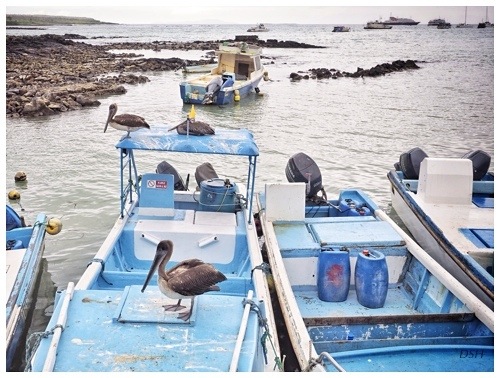 Saturday
Today we went to Floreana, my least favorite island. The rough ride in a cramped, noisy, smelly boat didn’t help. One passenger got sick on the way over. We only visited two spots – the black beach near the dock (cloudy water with few fish, though a couple people saw a sea turtle) and the highlands. A few tortoises, imported from another island, are being bred in captivity; the native ones are extinct thanks to human activity, starting with pirates in the 1500’s. A face carved into the rocks, near one on the few fresh water springs in the islands, is believed to have been carved by them, but no one is sure. Before we left home, we saw The Galapagos Affair, a documentary about early settlers on this island. It was interesting to see some of the locations in person.

I left a postcard for my son, Alex, in the barrel at Post Office Bay. Let’s see how long it takes to reach him. (These are hand delivered by whoever wants to take them). The boat was slightly less crowded on the way back and more comfortable most of the way, until the waves got rougher and we thought the pilot was going to flip the boat. The t-shirt below seems to sum up today. Tomorrow we head back to Quito. 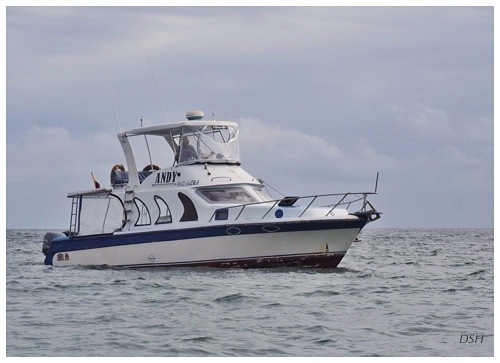 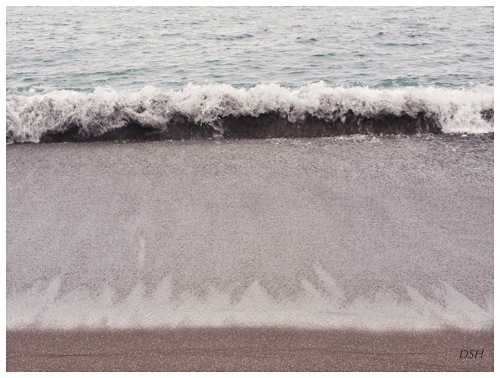 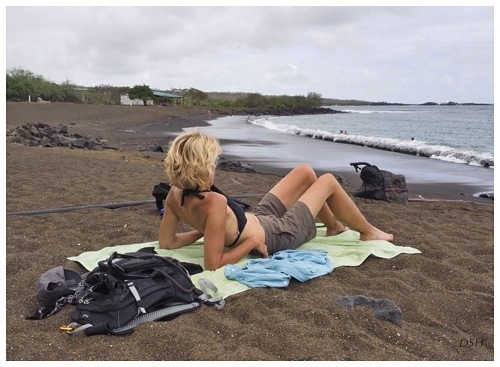 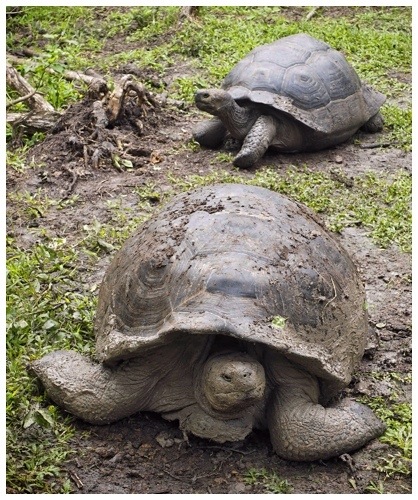 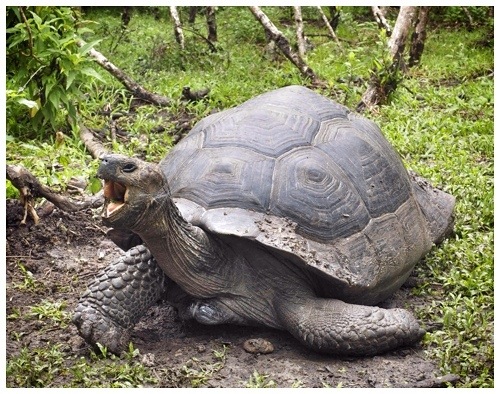 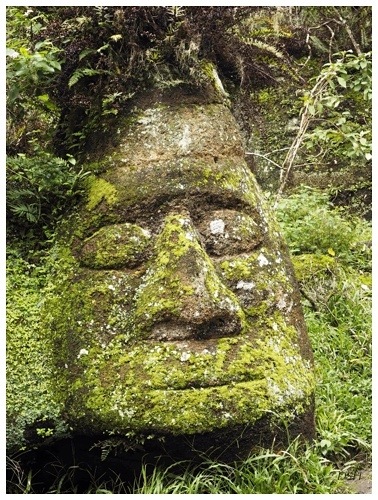 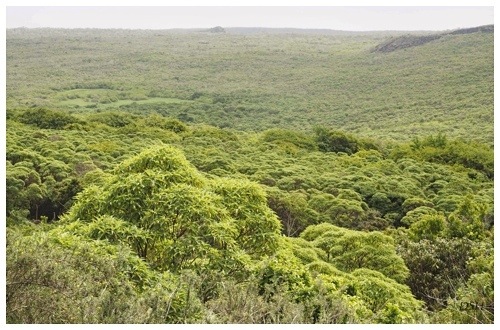 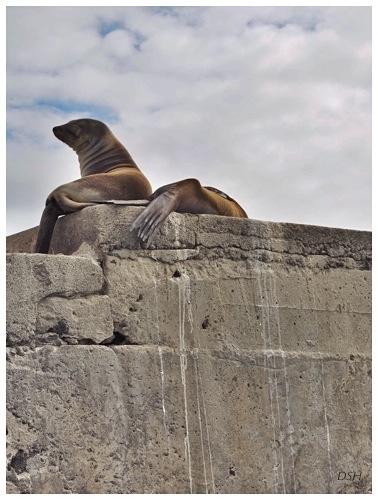 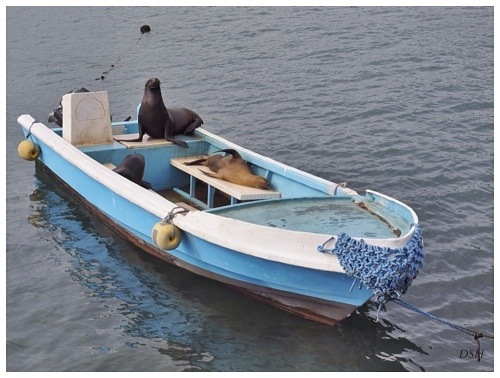