Sunday, Sept 7, was essentially spent traveling. After one last walk through our neighborhood in Rome, we walked to the tram, which took us to a train, which took us to the airport. Fortunately we missed Saturday’s one-day strike and our plane left on time (inexpensive flight on Easyjet, with a strict one-item limit for carry-on). We flew to Bern, then took the train to Zurich, where we caught a bus which dropped us off a block from Sibylle’s apartment. We arrived in time for dinner.

On my first day in Switzerland, before seeing Zurich, I headed to Luzern because the weather forecast was good. Switzerland is a country of microclimates. I’ve been monitoring the weather and heading where it looks most promising. (The Swiss feel like they missed summer this year; they had more rain than in many decades).

I took the train to Arth-Goldau and then rode a cog train up to Rigi Kulm, a peak overlooking Luzern. From there I hiked down to a cable car, saving me a very steep downhill. It took about three hours in total, with a beautiful view of the lake much of the way. As in Nepal, the trail markers list times rather than distance, a more useful measure in hilly country. I then took a pleasant boat ride to Lucern, where I spent an hour or so strolling along the waterfront. It was Monday, so most of the museums were closed.

While Sibylle was at work, I explored Zurich, the largest city in Switzerland, with half the population of San Francisco. (This country is about the size of New Jersey with fewer inhabitants than NYC, about eight million). It’s easy to get around as the transit stops are clearly labeled and buses depart at the minute listed on the schedule. I took the bus for the short ride to the center of town then walked around the picturesque city center. I visited the two largest churches, climbing to the top of the tower in one and admiring the Chagall stained glass windows in the other.

On Wednesday, I woke up with a neck cramp, probably caused by carrying my camera around so much without my waist strap. Fortunately, the perfect solution was at hand: Thermalbad, an old brewery converted to a spa, where I did the Irish-Roman circuit through steam rooms, cleaning, soaking, and cooling. My favorite was the Roman bath. I spent about a half hour in this large warm pool allowing the various jets to relax every part of my body. I emerged renewed and spent the rest of the day wandering through museums. 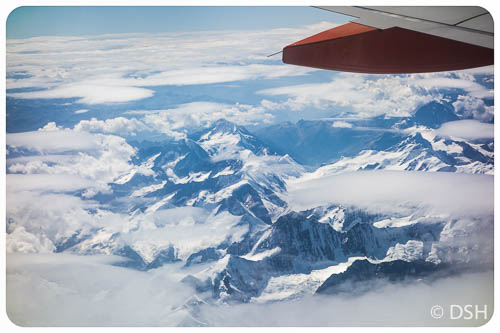 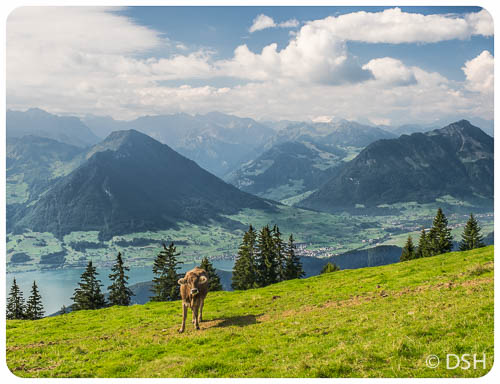 I could hear cow bells much of the time on my hike on Mt. Rigi. 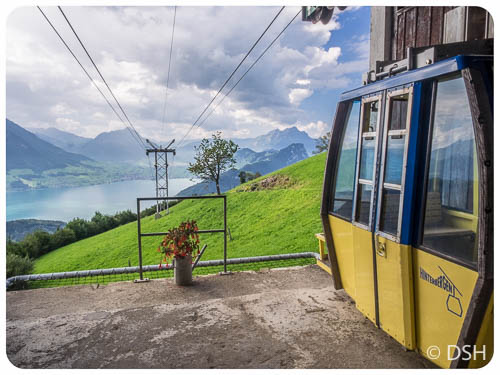 Cable car from Hinderberge to Vitznau 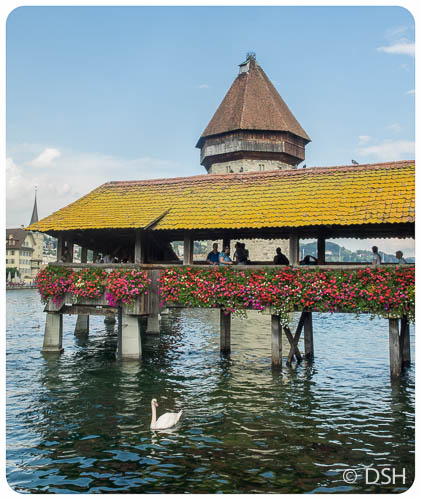 Welcome to the Zurich train station

Lots of shops on this block 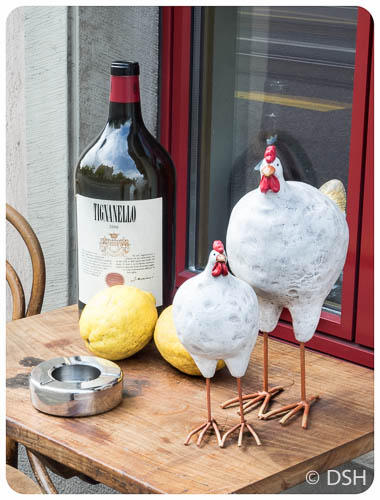 Even the chickens smoke in Switzerland

Someone crocheted a sweater for this tree 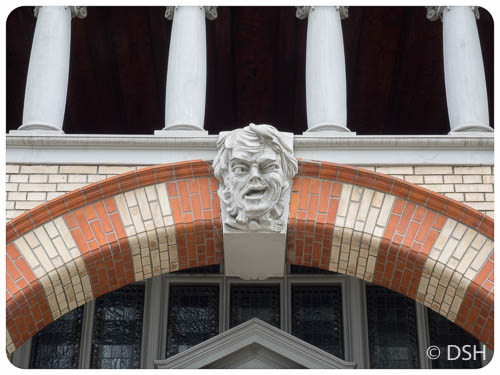 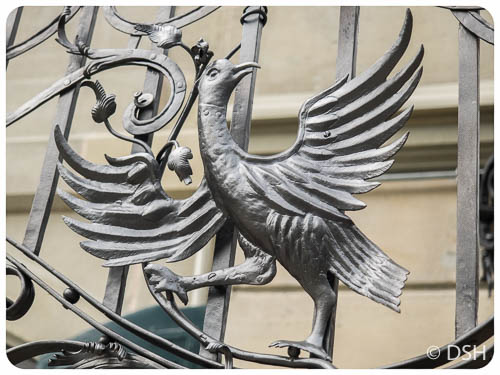 A bird for Bruce

The law library, where Sibylle studies

This short funicular saves a few blocks up or down hill

Better a shark than a policeman 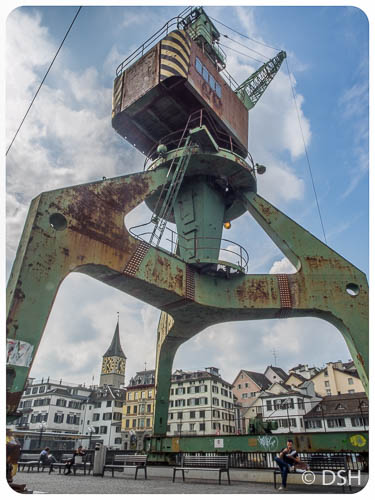 Lots of flags in Switzerland 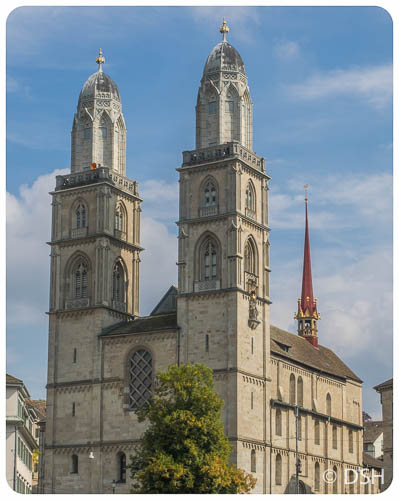 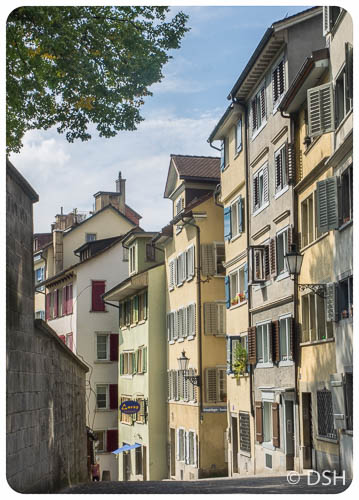 Entrance to baths at Thermabad

I miss my cats