OMG! Today alone was worth the trip to Switzerland. When I changed trains in Visp, it was cloudy and drizzly and I was worried. Then when I got to Zermatt and saw how gorgeous it was, I bought a ticket for the cog train to Gornergrat. It climbs a 20% grade to about 10,000’. Best €42 I’ve spent yet! (That’s half price with my Swiss Pass; this is not an inexpensive country). The view of the surrounding peaks and glaciers, including the Matterhorn, was jaw dropping. I hiked partway down, stopping about every 10 seconds to take another picture.

The walk uphill to the hotel, Alpenroyal, was more difficult than the hike. When I checked in, I learned that there is a tunnel and an elevator I can use to bypass most of the climb. I later took it down to the charming, car-free village, filled with expensive tourist shops. There I satisfied my rare craving for a hamburger at half the price of an average meal. But first I enjoyed a relaxing soak in a jacuzzi and swim in the indoor pool.

I woke early and spent a bit of time catching up on my travel log before enjoying the complimentary breakfast: delicious whole grain fresh bread, cheeses, yogurt, fruit, and beverages. They also had sliced meats and cereals.

I then headed up to one of the many mountain huts in the Alps, Schonbeilhute. This “4.5 hour” hike took me a bit over six hours. I stopped for many photos and had a nice chat with an artist from London and his Swiss friend. After climbing out of the trees, much of the trail was along a ridge overlooking the valley and the Matterhorn. I saw several types of colorful butterflies and one very cute green frog, none of which sat still long enough to be photographed.

Much of my slowness was due to steepness. If I had realized that the elevation gain was 1075 meters (about 3500’), I may not have started out. The last half hour was especially difficult, as the hardest section came when I was tired and the sky was threatening rain.

The hut holds quite a few people; I think there were able fifty that night. Hikers are provided a quilt, a pillow, and a spot on a mattress, five in a row; the room I was in could have held twenty. I’m glad they weren’t full, so there was a gap between me and the others on my lower bunk. I paid to get dinner and breakfast, but beverages, including water, are extra. (Supplies are delivered by helicopter). Most of the hikers were German speaking, but I found a few Brits and Canadians who had just finished the Haut Route from Chamanix with a French guide, which sounds both amazing and difficult. Over dinner I enjoyed a conversation with a young gay couple, one from Zurich, the other from Germany. Switzerland allows civil unions in lieu of gay marriages.

In the morning the valley below was filled with fog and just a few peaks rose above us. It was already clearing by the time I finished breakfast, bread and jam. I chose a different route back. The hike down and up to Schwarzsee was easier on my knees and provided more amazing views. From there I took a cable car back to Zermatt. 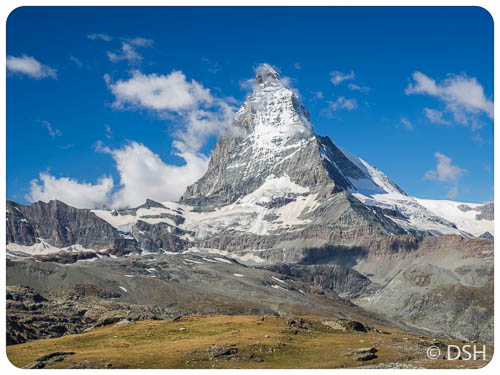 Hiking down from Gornergrat

First peak of Matterhorn on hike up to Schonbielhutte 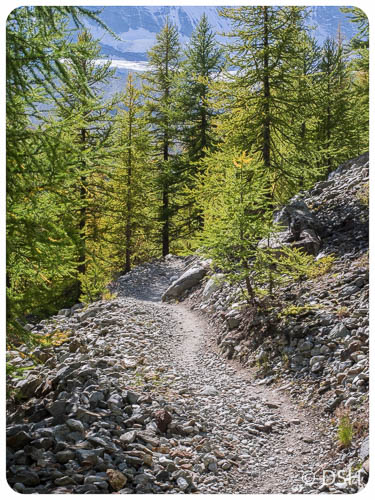 I liked the light shining through the branches 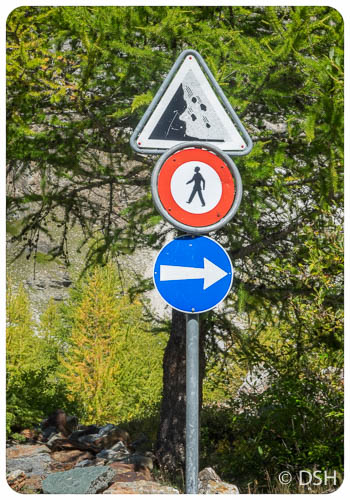 Which way would you go?

Getting closer and colder

First light in the morning 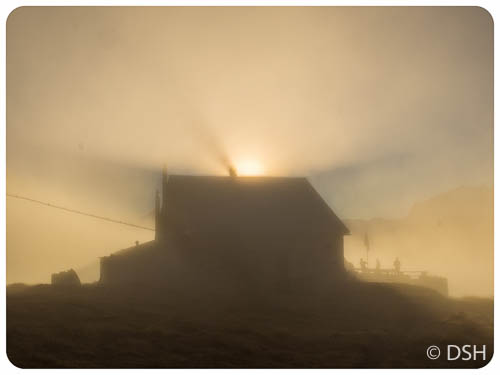 Hut at sunrise, the fog shifted up and down for a while.

Looking back as I begin descent, nicer weather than when I arrived 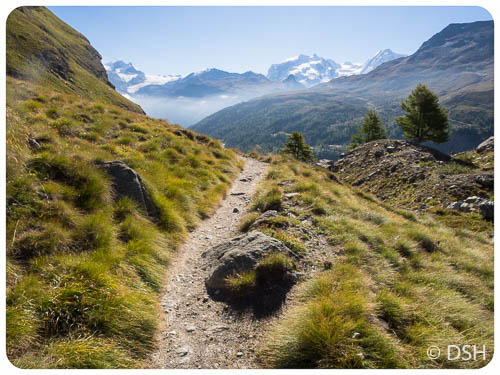 The fog retreated faster than I descended 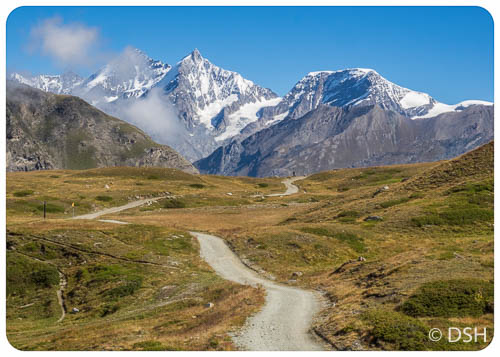 Heading down to Schwarzsee, where I caught a cable car 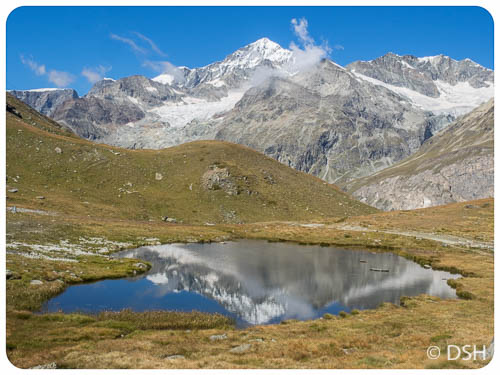 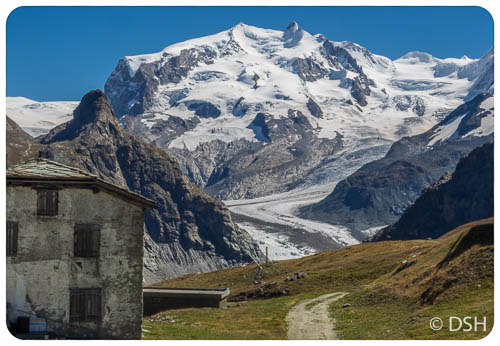 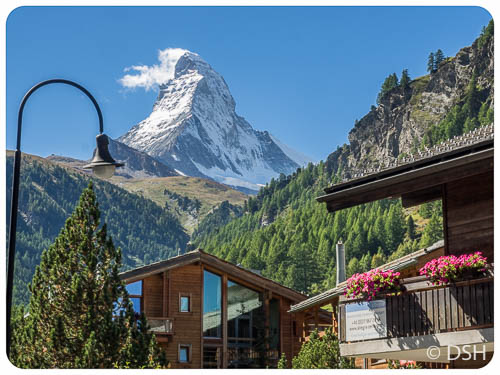 Back down to Zermatt