I selected four of the numerous geothermal activates near Rotorua and spent the day surrounded by sulphur. A larger percent of maori live here than elsewhere in New Zealand and they own many of the thermal areas.

Wai-o-tapu – this was the most colorful thermal area I visited; it has a geyser that erupts at 10:15 every day, thanks to a package of a soap dropped into the top.

Whakarewarewa – about sixty maori live in this thermal village, which has been home to the Tuhourangi Ngati Wahio tribe since before Europeans arrived. I saw a cultural performance, took a tour of the village, ate a piece of corn cooked in one of the pools and a hangi pie prepared in one of the steam boxes the community uses for cooking. I also saw the geysers erupt. These geysers, which go off randomly according to nature’s whim, can also be seen from the neighboring Te Puia as these villages share the same geothermal area.

Rotorua Museum – this former bathhouse is a museum containing historic information about the spa, a short informative movie about a nearby eruption, an exhibit on current maori culture, and some contemporary art. Nearby, in the Government Gardens, I took a stroll around small Sulphur Lake to view more than a dozen sculptures based on the theme “The Returning Soldier”. After WWI, they came to the spa to heal.

Hell’s Gate (Tikitere) – a light rain started as I arrived and I almost had the place to myself. There are lots of mud pools at this one; I got to soak my feet in hot muddy water. After my loop through, my silver jewelry had tarnished and I reeked of sulphur.

I then drove to Tauranga where I met Gladys. We enjoyed dinner in her beautiful home set in a tropical garden. 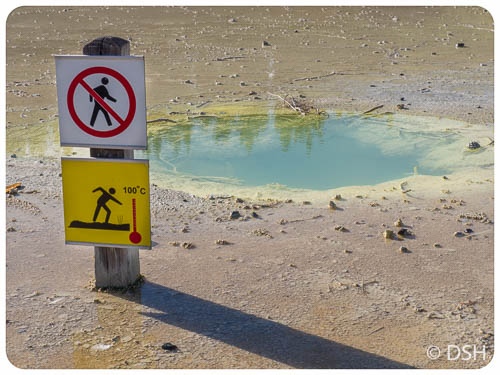 Lady Knox, eruption triggered by soap which lowers the surface tension of the cool surface water releasing the hot water below 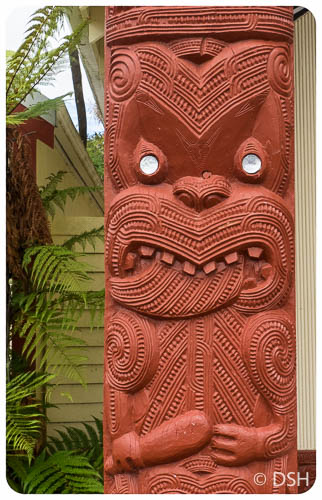 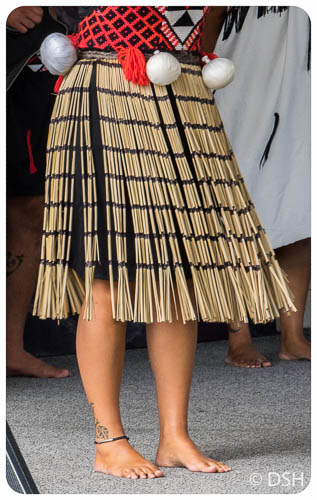 Most Maori are now Christians, tombs are above ground due to hot water below.

Many guardians surround the village 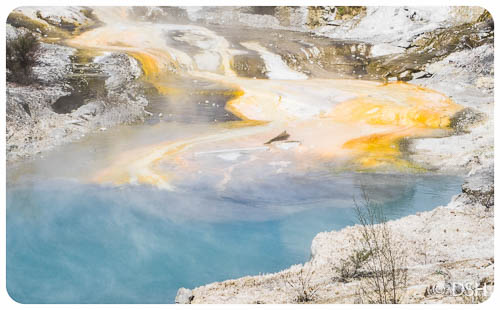 Pohutu and Prince of Wales Feathers are two of NZ’s most active volcanos, erupting about once an hour, sometimes together, sometimes apart

California Quail, introduced to NZ as a game bird

“Bound by Conflict”, one of the sculptures surrounding Sulphur Lake

A portion of a sculpture titled “Continuum” 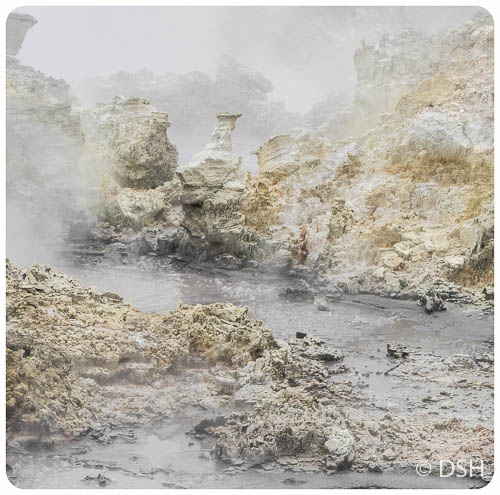 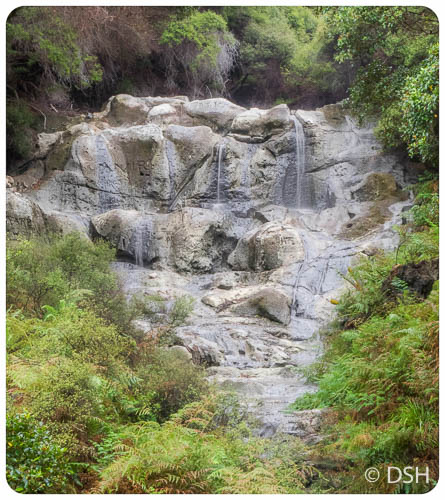 Kakahi Falls, the largest hot waterfall in the southern hemisphere 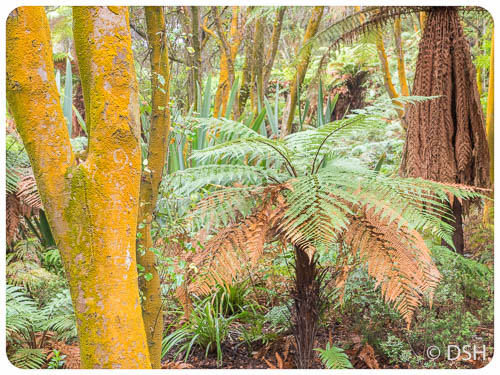 Not surviving on the edge