I lounged in the morning, petting one of Gladys’s ragdoll cats. We went into town for lunch and a bit of window-shopping. I then hiked to the top of Mount Maunganui while Gladys circled the base. In the evening, I joined her and a half dozen of her friends for dinner and a Peta Mathias performance. Peta is an NZ cook and comedienne with a local TV show. She demonstrated how to cook a fatty lamb dish with black pudding, which I would never eat, and told humorous stories of her catholic school years. The show felt like a commercial for her cooking trips, but her singing was beautiful.

Thanks to tips from Gladys and Jacque, my next hostess, I had a perfectly choreographed drive to Auckland with scenic stops along the way.

My first stop was Te Puna, where I took an hour walk through a quarry turned into a park. In addition to a variety of gardens, there were random sculptures and rusty equipment throughout. I next strolled through Katikati (“catty-catty”), appropriately nicknamed Mural Town. The murals, scattered about town, are mostly historical in nature. There is also a smattering of artwork and poetry, a nice addition to any town. Alas, there was no dark chocolate, a rare commodity in NZ.

I took a hike at Karangahake Gorge, exploring a few of the many trails throughout this old mining site. Lunch at the Native Tree Café was delightful. My third “hike” of the day was to a bird blind at Miranda Shorebird Colony.

Less than an hour later, I met Jacque at the Auckland Botanic Gardens. Founding member of a butterfly trust, she was volunteering at an annual “Eyes on Nature” event designed to reconnect children to nature. I arrived just as an energetic cultural performance was beginning, and then toured the gardens until her shift was over.

Jacque joined me for a guided tour of this amazing bird sanctuary. Until a few decades ago, this island, a 75-minute ferry ride from Auckland, was used for pastureland and nearly treeless. Staring in the 1980’s, volunteers planted nearly 300,000 trees. They poisoned the kiore rats (used for food by the Maori) and reintroduced a dozen species of endangered birds and a few reptile species. I was able to see and hear many of them today.

Jacque sang me Happy Birthday when I got up in the morning and later gave me a basket of butterflies to release. When she went to work, promoting reading in the schools, I wandered around the city centre, from Myers Park to Wynyard Quarter. My favorite spots were the Auckland Art Gallery, with a variety of historic, modern, and contemporary art, and along the wharf. To celebrate my birthday, Jacque and I went to dinner at the Sky Tower, the tallest manmade structure in the southern hemisphere. We timed it for sunset and enjoyed the slowly revolving view of the city. (Thanks for the suggestion, Gladys). 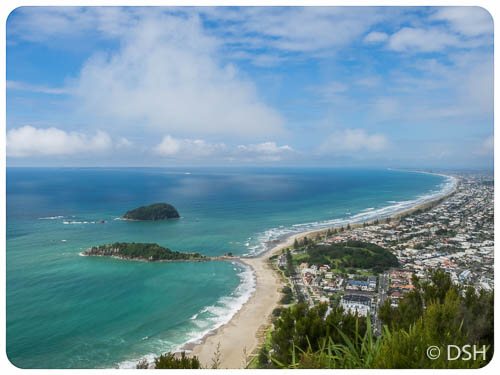 View from Mount Maunganui in Tauranga

View from summit of Mount Maunganui

Along Haiku Path in Katikati

Mine ruins in Karangahake Gorge 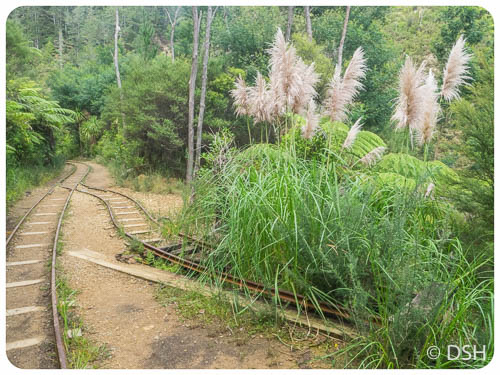 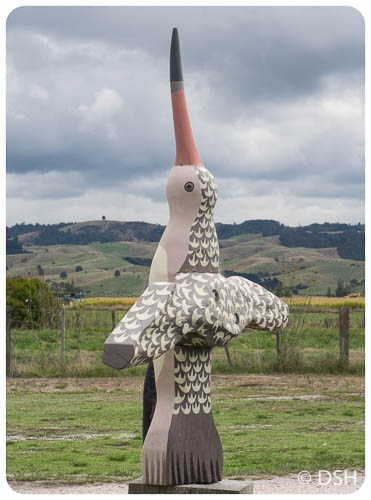 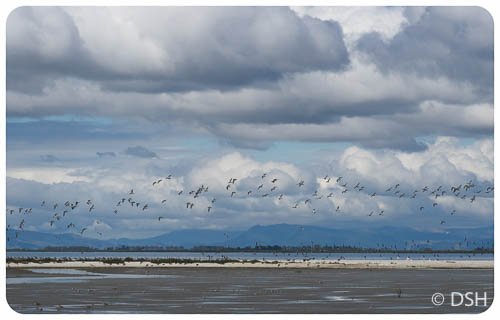 Every botanic garden has roses

Lighthouse at top of island

Another Stitchbird, singing at a water trough 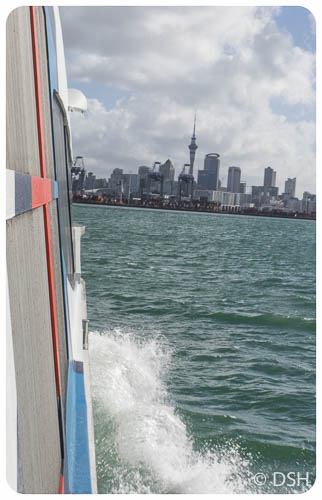 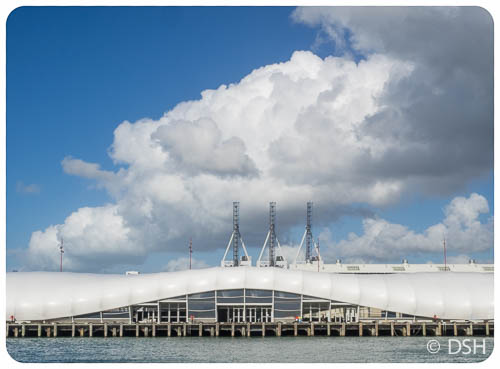 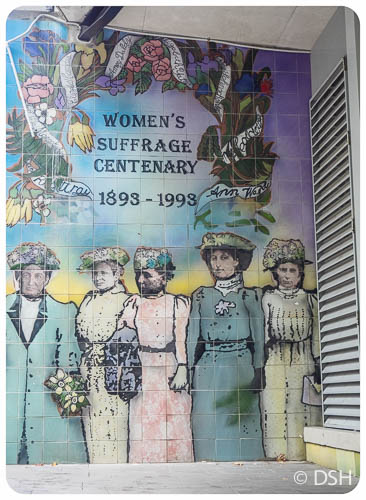 Women got the right to vote earlier here than in the U.S. 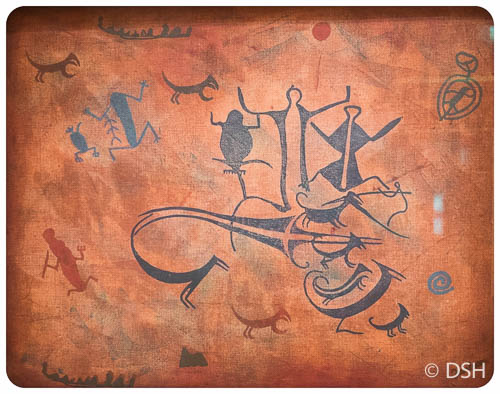 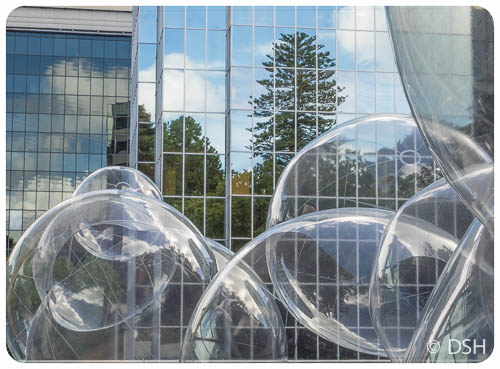 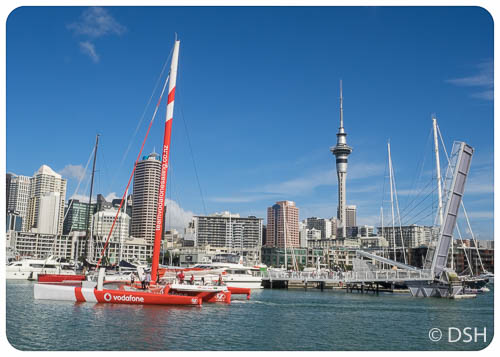 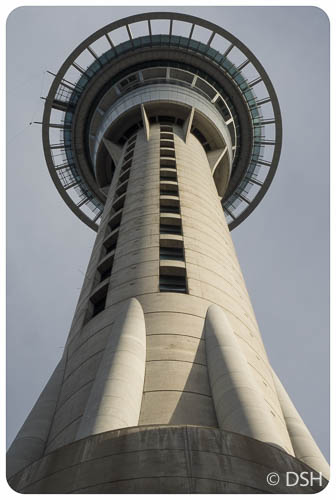 Looking up at Sky Tower 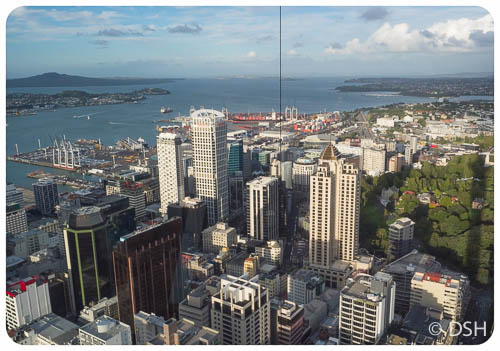 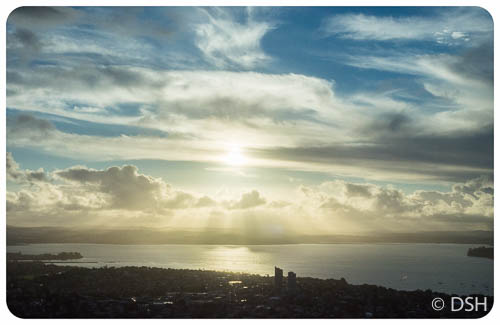